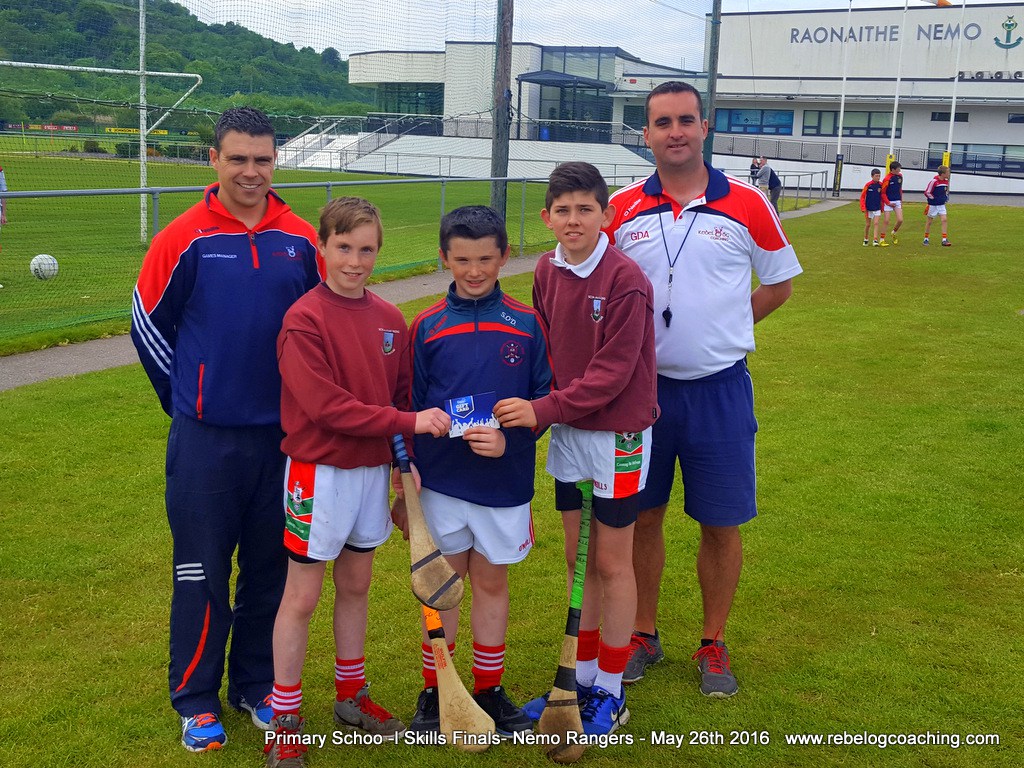 There were no regional finals in the hurling and the football regionals were held earlier on in the year, and all schools were welcome to send in a team of 3 boys to represent their school. The Top 5 teams in the hurling qualifying groups held in the morning, then proceeded to the finals at 1.30pm.

Each team of 3 boys had to complete the following skills with points added for each skill successfully completed. Solo with ball on hurley between poles, Long puck, Passing skills, Sideline cuts, Striking from the hand over the crossbar.

After all the skills were completed, the Winners of the 2016 Cork Primary School Hurlings Skills finals were Carraig na bhFear! With Ballygiblin NS in second place and Farren BNS taking third place.

Carraig na bhFear will now go on to represent Cork in the Munster section for the Hurling Skills Finals in Mallow on Wed 8th June 2016 .

The team of three on the day consisted Billy Connolly, Felix Murphy and Sean O’Donoghue, three of our talented u14 team. It will come as no surprise to many that these three lads came out on top, as they can be regularly seen in the pitch and in the hurling alley working on their skills. They say perfect practice makes perfect and these three lads are a great example to all Carraig players on that score.
We have no doubt they will do their school and club proud in Mallow next week. Míle buíochas to Mr. Lucey who accompanied the lads to Nemo for the event last week as well