Busy week for underage teams in blitzes and street leagues

The U7’s travelled to sunny Lisgoold on Sat. morning for their final football blitz competition of the year! They played three games. The Carraig boys got off to a good start in their first game which was against Lisgoold and with evenly matched sides this challenge ended in a draw with some great goals. Cork Senior Football panellist, and Cork U21 star, Kieran Histon, spoke to the players after this match. He imparted some words of wisdom, to his captive audience … “Listen to your Mentors & practice kicking with both legs”. The boys were delighted with their group photo with Kieran.

They then went on to play Glanmire and Glenville – but unfortunately lost to both.. Great credit due to all the Carraig players this morning and especially for their efforts at trying to pick the ball up from the ground with their foot, rather than their hands … keep practicing! Mentors Shane and Donal congratulated the U7’s with their fine performances throughout the campaign and then presented all the players with Blitz medals! Parish Leagues will be run over the coming three Saturdays’, so let’s hope the weather holds a little longer! 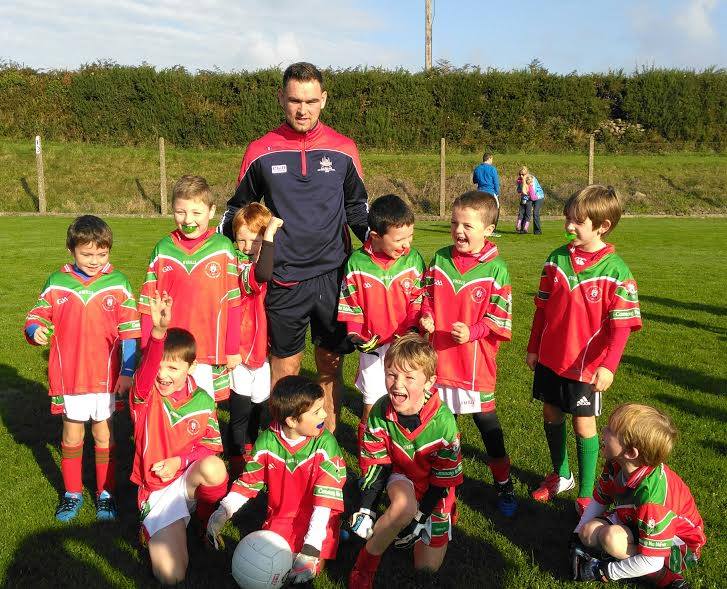 Our U8 footballers played their last monster football blitz of the year in Blackrock last Saturday morning. There was a large number of teams in action and Carraig were drawn against Brian Dillons, Ballinora and Whites Cross.
The lads played some lovely football during the games, and are really beginning to show their undoubted skill and more importantly, their teamwork! The lads were victorious in all their matches after some fierce battles. Well done to all our players and thanks to our always loyal supporters. 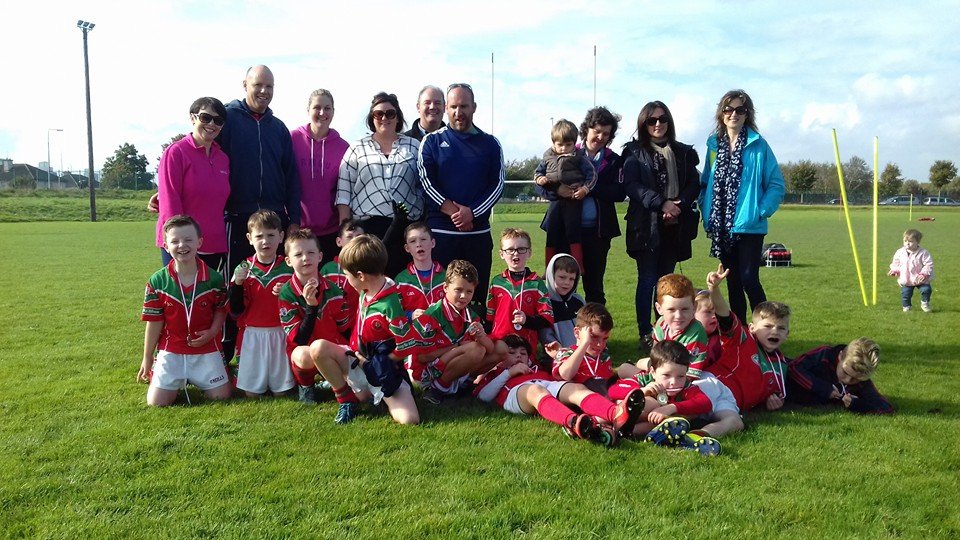 The under 6’s played the first of their parish league football matches last Friday and the matches were fierce!  We had 4 teams called the “Carraig Warriors”, the “Crazy Cats”, the “Green Dragons” and the “Fast Bulls”. Each team played the other teams on the night and there was great endeavour on display by all. They finished off with a warm down before cornering the referee to find out won had won the matches! The referee managed to escape without divulging too much, so its all to play for again next Saturday morning at 10 in Carraig pitch. Come along and support the teams! 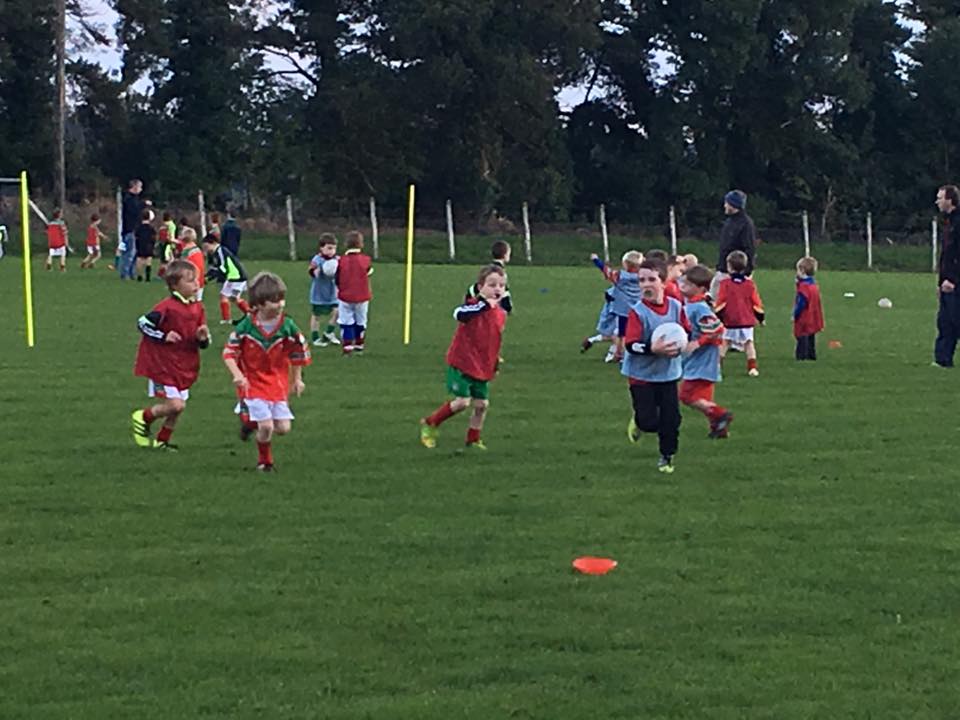 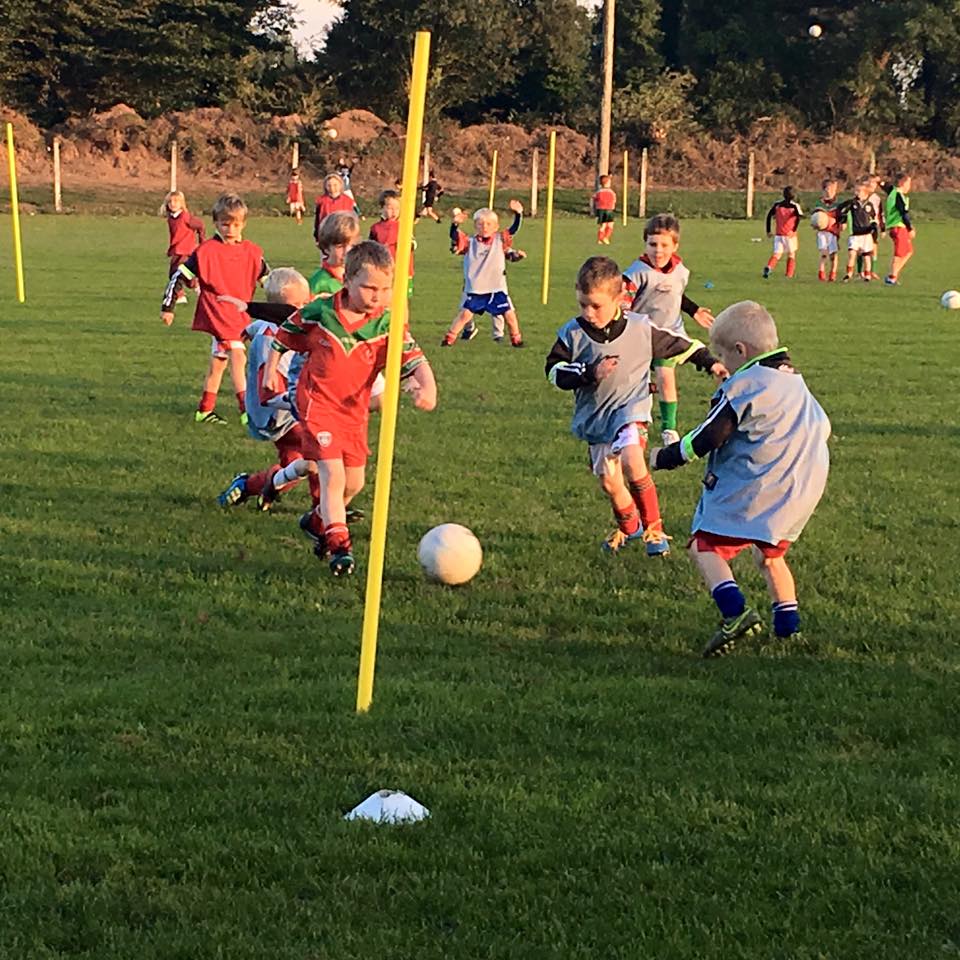 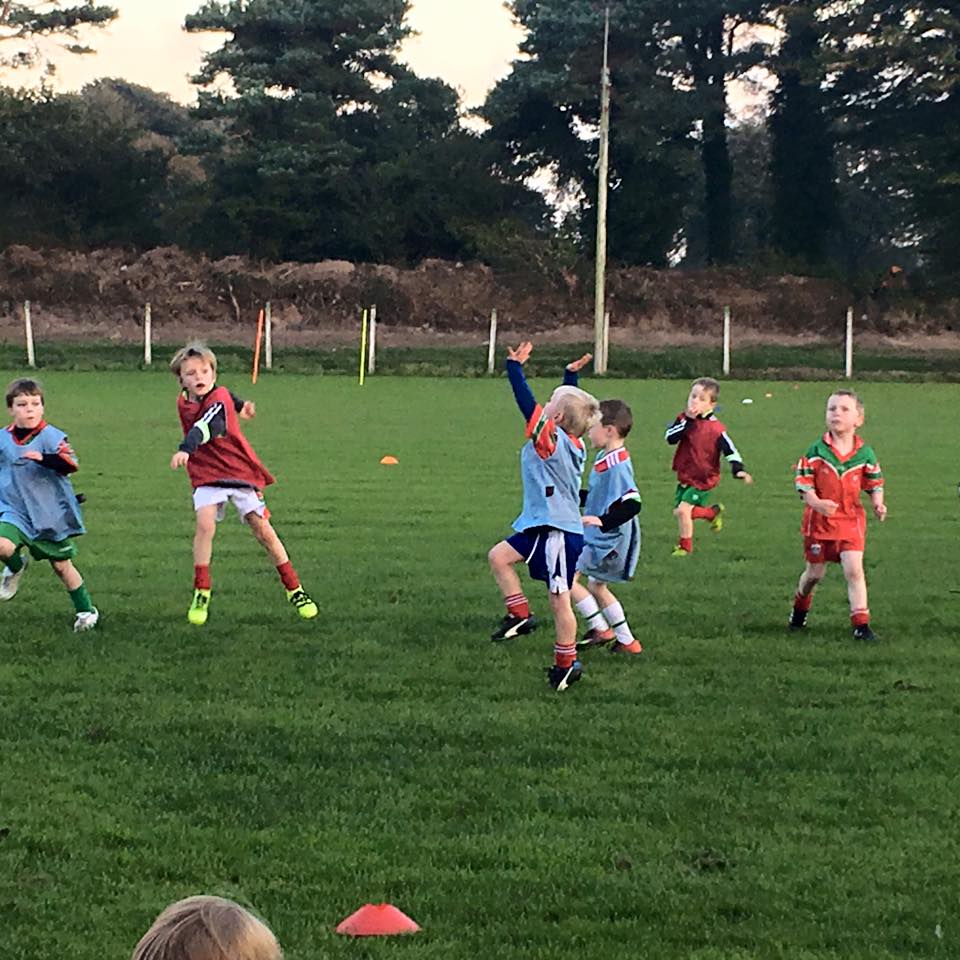 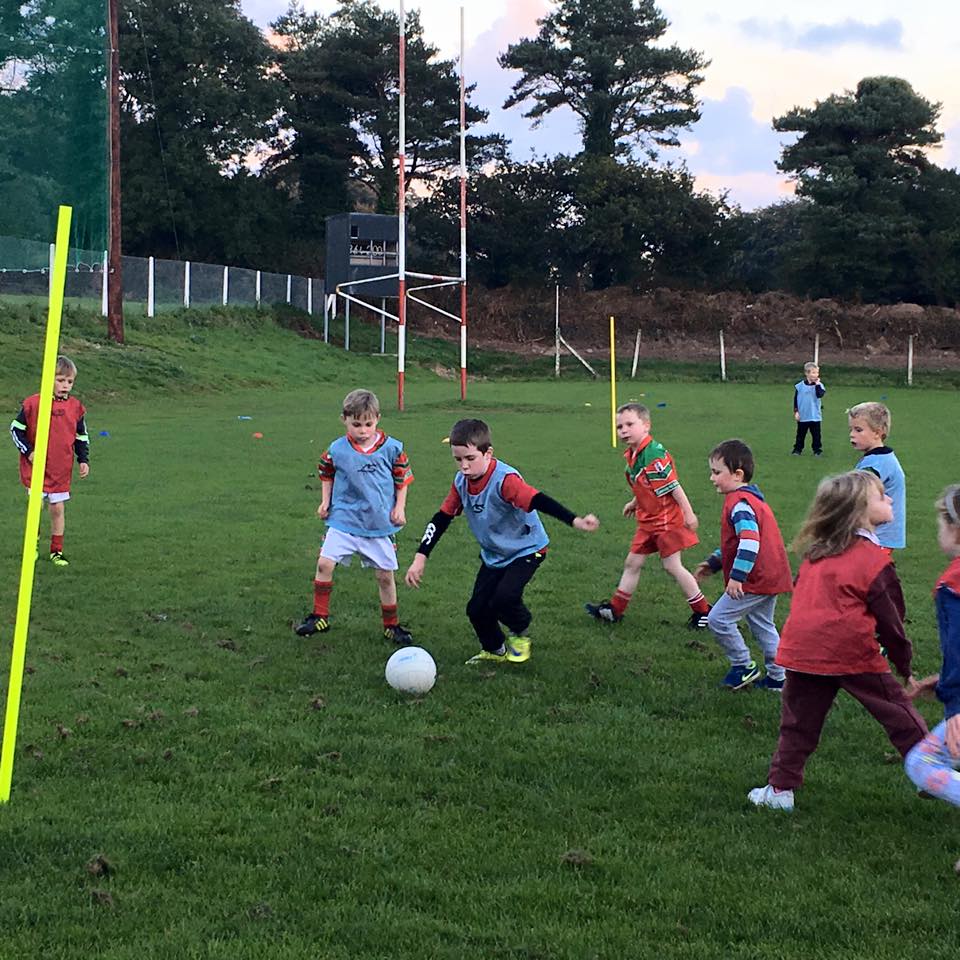