Club Launches ‘U Can’ Skills Programme

Last Saturday morning, Nov. 19th, saw the launch of our ‘U Can’ skills programme in the college hall, by Con and Denis Burns. The program aims to encourage our young hurlers and footballers to practice their skills at home. Con and Denis presented the scheme to parents, and showed how practice can be made fun and challenging at the same time. Fifteen minutes practice 2 or 3 times a week will make a huge difference to these players was the message, and we were also reminded that parents are by far the biggest influence on children.  Another huge selling factor in the eyes of the players at least, is the fact that there is an awards scheme at the end of each period, where the players can achieve 15 different grades following an assessment of their skills. When training resumes at the end of February, the players from U6 to U12 will be assessed, and the appropriate award presented. So much work to be done over the winter months! Best of luck and a  big thanks to Con and Denis for facilitating this programme. 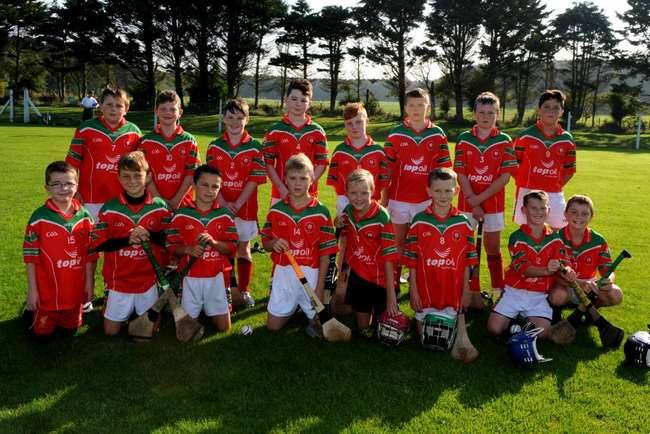 U12 team who are participating in ‘U Can’ skills programme

It’s that time of year when all the playing activity has been concluded and attention turns to preparing for next year. With that in mind the Adult AGM has been fixed for Friday, the 2nd of December at 8pm, in the Primary School and the Juvenile AGM has been fixed for Tuesday, December the 6th at 8pm, also in the school. The meetings will reflect on the year gone by and the committee and coaches will be appointed for the following year. We would love to see a large attendance at these important meetings at a very important time for our club. There is a lot of good work been carried out in the club, but new ideas are always welcome. Nobody will be landed with a job just because they attend, and in reality, most of the posts will have incumbents in advance of the meeting. Hope to see you all there.