It was with deep regret and great sadness on Sunday afternoon that we learned of the death of our Club President, Eddie Hegarty, after a long and brave battle with illness. 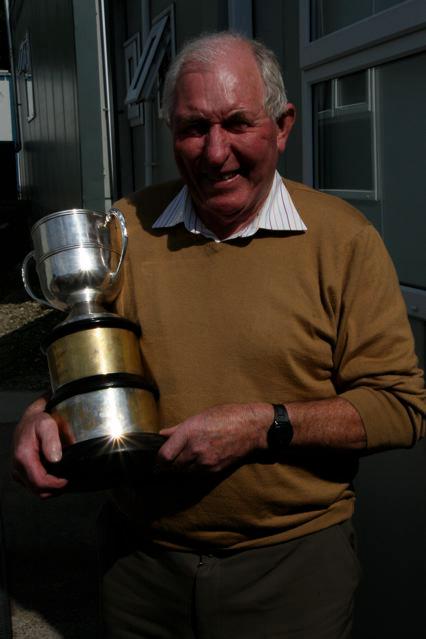 Eddie was one of the leading lights and founding members when the club was reformed in 1956. On the field he played hurling and football for the club with great strength and style, while as an officer, he held every position on offer over the years, including Treasurer, Secretary, Chairman and finally serving as our Club President for the past number of years. He was highly respected on and off the field and well known throughout the East Cork Division and indeed at County level. He was also a key member of the grounds committee and could regularly be seen cutting the grass in the pitch throughout the summer, always ensuring everything was in the best of order.
Two of Eddie’s proudest days with the club occurred in recent years, when Carraig na bhFear ended the long wait for our first East Cork Junior A Hurling title in 2008 and regained it for a second time in 2012. Seeing his joy as the famed Jamesey Kelleher Cup came to Carraig for the first time, with his three sons playing key roles in the triumphs, was something we will all remember fondly. It was just reward for a man who had given so much to the club over so many years. A gentleman and truly a legend of the club, he will be truly missed by all in Carraig na bhFear.

We extend our deepest and sincerest sympathies at this time to his wife Mary, daughters Irene, Ursula and Clíona, sons Conor, Brian and Aidan, his brothers Don, Tony and Owen, sisters Marie and Phil. Ar dheis Dé go raibh a anam dílis, may he rest in peace.

Reposing at Barry Bros. Funeral Home, Hazelwood, Glanmire from 4.30pm on Tuesday until removal at 7pm to the Church of the Immaculate Conception, Carraig-na-bhFear. Requiem Mass at 2.00pm on Wednesday. Funeral afterwards to Dun Bolg Cemetery. Family flowers only, please. Donations, if desired, to Marymount Hospice.