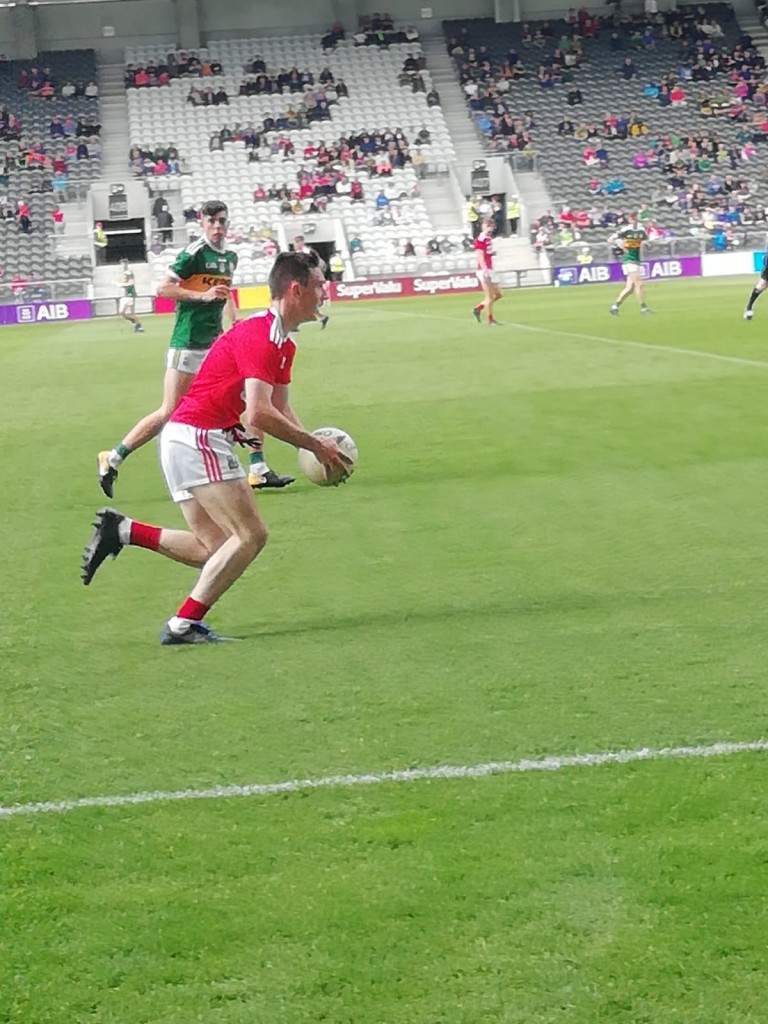 Carraigs Tadhg O’Donoghue in action for the Cork Minor Footballers

The whole parish of Carraig na bhFear ( and all his friends in Carraig GAA) will be glued to the TV on Sunday September 1st  as Tadhg O Donoghue takes to the field with the Cork Minor Football Team in the All Ireland Minor Football Final at Croke Park. Throw in is at 1pm.  This is a fantastic achievement for Tadhg and we wholeheartedly wish him all the best for the final and that he enjoys the whole day. With or without a medal, Tadhg will be welcomed home to Carraig as a hero. Best of luck to both the team and the management, who also include one of our own, Colm Crowley ( S&C Coach). Beir bua lads.

We also send huge congratulations to Con Burns ( S&C Coach) to the Cork U20 Footballers who had a fantastic win over Dublin a few weeks ago. Con was following in the footsteps of his father Denis, who also had huge success with Cork Underage Hurling teams previously. Ard Fhear Con!

What can we say about this years 5k Run!!! Another huge success for our club and village, with 25% increase in participation, fantastic medals to each competitor and a huge amount of fun for those who ran, walked or skipped over the line! This event exemplifies all that is good about community participation, with the joining of the Carraig na bhFear Athletic Club,Carraig na bhFear GAA  club  and Scoil an Athar Tadhg together to host and run the event. A big thank you  to all the volunteers who make this event happen, from the person with the smallest job to the biggest. Ard Chomhghairdeas……Nicky Pike had the biggest smile on his face all night! 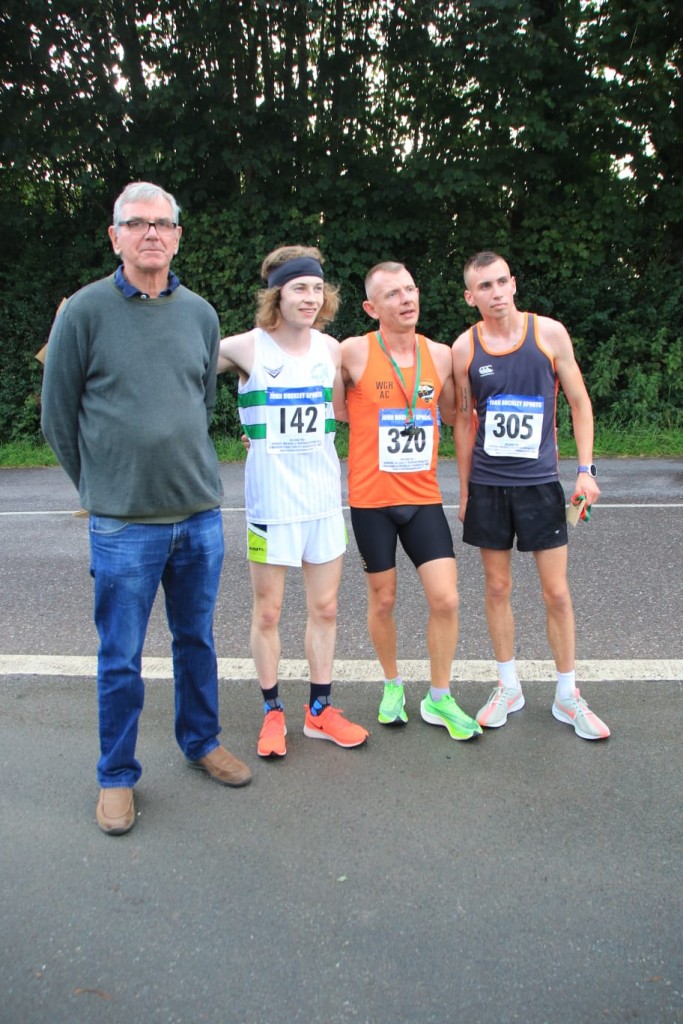 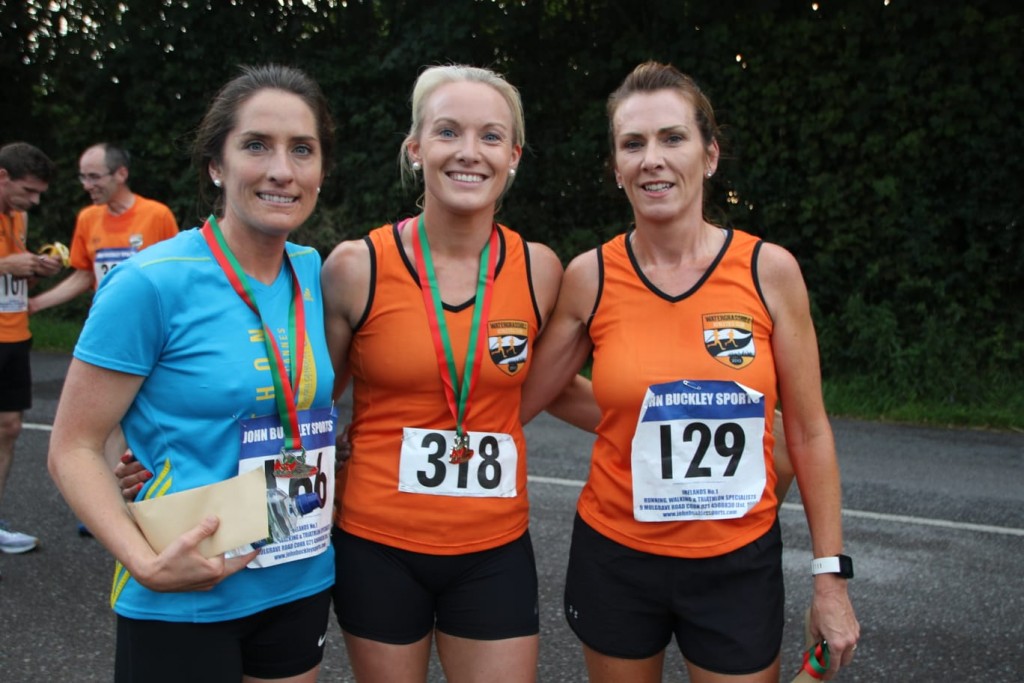 It was gritty and a battle all the way to the end, but coming out of Carraigtohill on a sunny and warm July Saturday, our Junior hurlers could breathe a bit easier and acknowledge another step on the road to recovery had been taken. Since losing to Watergrasshill in late June, this team has had to face their own demons and  slowly, try to regain the pride, application and attitude needed to reach the business end of the championship. This result was a shot in the arm for both the club and the team.

The game remained a contest right until the final minute. Carraig started a small bit tentatively, but with J Forde steady on free taking duty, the teams were level 5 times in the first 20 minutes. O ‘Neills then hit 1-1 without reply just before half time and went into tea time break, with a two point advantage. 1-07 to 0-08.

Ach do thosaigh Carraig  ag imirt nios tapula sa dara leath agus d’aistrigh an sceal. With the Forde brothers prominent and playing their own interweaving game, embellished by hard graft from Messrs Hayes, Sheehan and Dorgan, Carraig were making inroads into the game. With ten to go, Carraig were a point up, 1-12 to 0-16. And then P Murphy stepped forward and made his statement. Murphy grabbed 1-02 in the last ten minutes and showed real leadership when the game was there to be won.  Do chuir se solas an lae idir na foirne agus nuair a shein an reiteoir an fheadog, do bhi Carraig se chuilin chun tosaigh agus ag dul go dti an babhta ina dhiaidh sin. There is something about winning a championship game…a sense of satisfaction and this feeling was quite evident on a lot of players and members faces as they made their way off the field. Some pride had been restored, now the next task is to put two good displays back to back. Cobh await us in the quarter final…..the journey continues.

The roar that greeted the final whistle of this East Cork Hurling Quarter Final caused a flock of birds resting on a nearby tree to take flight. You could say that is not an uncommon sight, but for the supporters of Carraig na bhFear, winning a game where we were underdogs and battling to prove a point, breaking old habits and proving “we ain’t soft” is something to acknowledge and celebrate. And as the birds took flight, a hurling season that was in danger of disappearing into a puff of wind, has suddenly gained noticeable momentum with a mouth watering semi final versus Watergrasshill just around the corner.

Ag feachaint siar ar  chreatlach an sceil, ni raibh tosnu maith ag Carraig agus do bhi sort imni ag rith trid an foireann. Carraig needed to defend well in the first half as Cobh started the better and lead at two different occassions by two points. But gradually as our midfield and half forward line got on top, Carraig started to hurl with more authority and this was reflected on the scoreboard. Points for J Forde, A Dorgan, chuilin den scoth o Timmy Geaney agus chuilin brea o P Murphy, meant that at half time, Carraig lead 0-08 to 0-06.

The battle was evenly poised, who would be the first to creak??

Weather conditions changed in the second half but the intensity in Carraig’s challenge went up a few notches. Relishing the physical exchanges and putting their bodies on the line, the Carraig  lads scored the first 3 points of the second half. Cobh were struggling to get past the Carraig half back line and with increased possession, Carraig were making more scoring opportunities. With great work by the full forward line, Carraig scored their first goal of the game, finished by B Murphy thanks to a good piece of intervention by young Hegarty. Carraig continued to force the pace of the game and with ten minutes left, lead by 8 points. Cobh tried valiantly to get back in the game and scored a goal from a 21 yard free, to bring themselves within 2 scores of Carraig. But our defence, lead superbly by goalkeeper Casey and the Rock O Driscoll at uimhir a tri, coped with all the pressure that Cobh applied. Carraig finished the game strongly thanks to the expert free taking of J Forde and a coup de gras from D Sweeney who finished a lovely move to the net after good approach work from J Meehan and B Murphy…….The match finished Carraig 2-14 Cobh 1-08…..and that roar  I mentioned earlier could become something even bigger if our hurling team continue to display true grit and honesty in next weeks semi final. It is all to to play for.

Hurt. Anger. Disappointment. Lack of Bottle. The concoction was a potent one and it all bristled in the dressing room the moment the first Carraig na bhFear foot steps entered Rathcormac at 4pm on Saturday August 17th.  It was time to deliver. A chance to redeem themselves, after the poor showing in the first round against the same opposition was on offer. 8 weeks of re-discovering their mojo, of looking into their souls and asking “ what does this mean to us” needed to addressed. This has been the journey of the Carraig na bhFear Junior Hurlers this summer. And the journey continues.

Carraig, playing with increased physicality and purpose gave a very dominant and clinical display against their arch rivals, the “Hill, on Saturday last, thus regaining  their “mojo” and earning a place in the East Cork Hurling final of 2019. The story of the match was influenced by a very strong wind blowing from the dressing room goals in Rathcormac straight up the field. Carraig played with the wind in the first half and the need to make their territorial and possession advantage count was acute. Thankfully the Carraig forwards obliged. Urged on by a vocal muintir na Carraige, Carraig chased their opponents and tackled ferociously. J Forde from 3 dead balls, A Dorgan and P Sheehan from play had na moltoiri ag croth an brat ban go luath. Agus ina dhiaidh sin, do fuireamar tri chul i rith treimhse gairid.  Route one Hurling helped Carraig raise the first green flag, a long delievery by James Forde got the lightest of touches from B Murphy and he guided it past the bewildered goalkeeper. Five minutes later, Carraig scored two further goals with Murphy and Hegarty combining effectively. Murphy did all the initial work for both goals, earning primary possession and turning his man. On releasing the ball to young Hegarty, the grizzled full forward finished the two opportunities he received with minimal fuss and the surge of confidence from these goals flowed right through the team and supporters. Half time score Carraig 3-07 Watergrasshill 0-02.

Facing the elements, Carraig were keen not to give any impetus to their opponents. The men from the Breach Gaeltacht again started strongly with good points from Hickey, Forde and Sheehan. Carraig had a large lead after ten minutes into the second half but the ‘Hill revival was always a danger. Their opponents had  their purple patch from the 12th minute to the 25th minute in which they scored seven unanswered points and with 5 minutes to go there was nine points of a difference. But most importantly, Carraig never looked like surrendering a goal, with the 6 backs being very calm and composed in their defending and also dealing with any high balls dropping into the square. Having weathered their purple patch, Carraig again went for the jugular. Do fuair P Sheehan an liathroid ar an taobh line, do thosaigh se ag rith agus an sliothar ar a chaman. Do rith se go laidir agus do bhi na cosainteoiri Cnocan na Biolrai ag streachailt. Do shroich se ar imeall na cearnoige agus do bhuail se an  liathroid mar a bheadh caor thinne ann. Nior fhaca an cul baire an liathroid agus do bhi an liathroid ina lui sa lintean.  The defining act of the day had occurred and Carraig knew that the job had been done. On the arrival of the final whistle, another guttural roar came from the sideline agus on lucht leanuna. Back in the big time. A new generation to be heralded as Carraig can now look forward to another day in the sun and further competition in the County Junior Hurling Championship. There is definitely something a stirring in the home of the poets!!

That’s it for the moment folks….but stay tuned to all club activity on twitter and our whatsapp group as September promises to be a really exciting month with the chance of silverware and glory all on offer. 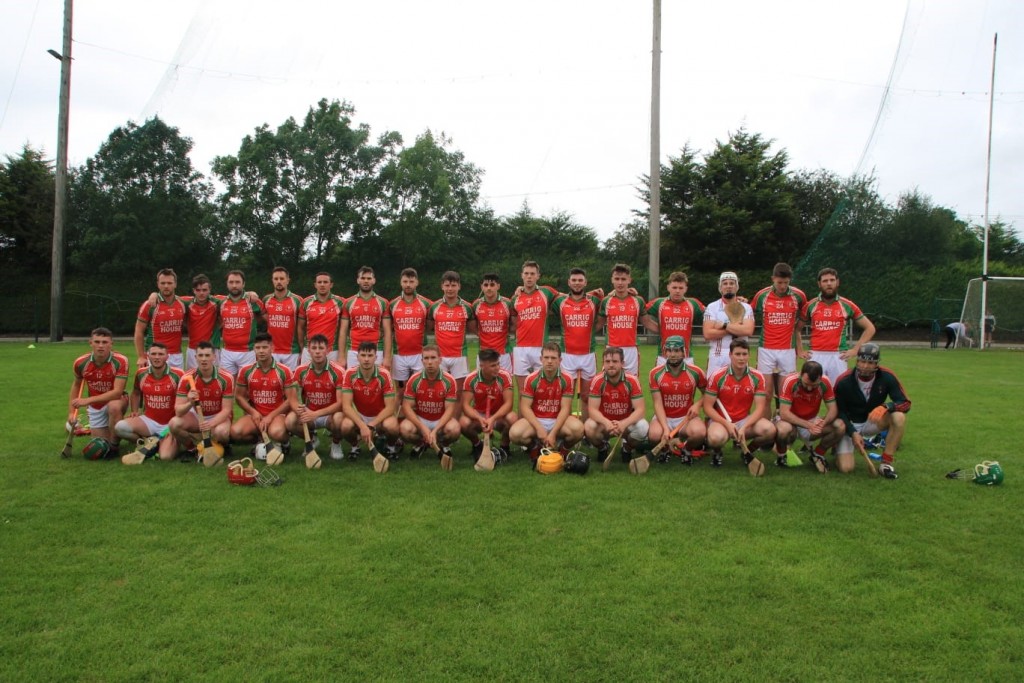