To all our readers and club members, the temperatures have dropped, the evenings are darker and we are approaching that magical time of the year where we take stock, look back and dream of what is to come. This is the 7th edition of our club newsletter and since we last talked, we had the little matter of the Cork County Hurling Final 2019 to deal with. Unfortunately, we were not good enough on the day, beaten by a better and more ruthless team and we wish Russell Rovers all the best in the Munster Championship and in the Intermediate Grade next year. But even though our heads were bowed for a brief period, we can reflect back on a year that saw some great performances from our local heroes, who went further than any other Carraig Junior A Hurling team did before. A lot has been learnt, new memories were made, some regrets may linger, but in truth, our club is in a better position for the whole experience. There is no doubt that the appetite has been whetted for 2020, in both the Adult and Juvenile Club. The dream of possible glory ahead has rejuvenated everyone….so let’s keep the dream alive.

As part of the occasion for the County Junior Hurling Final 2019, our U10 hurlers graced the sod of Pairc Ui Rinn, where they took on St Colmans in an exhibition game at half time during the main event. Enjoy some of the great shots taken by our resident photographer, the indomnitable John Cooke! 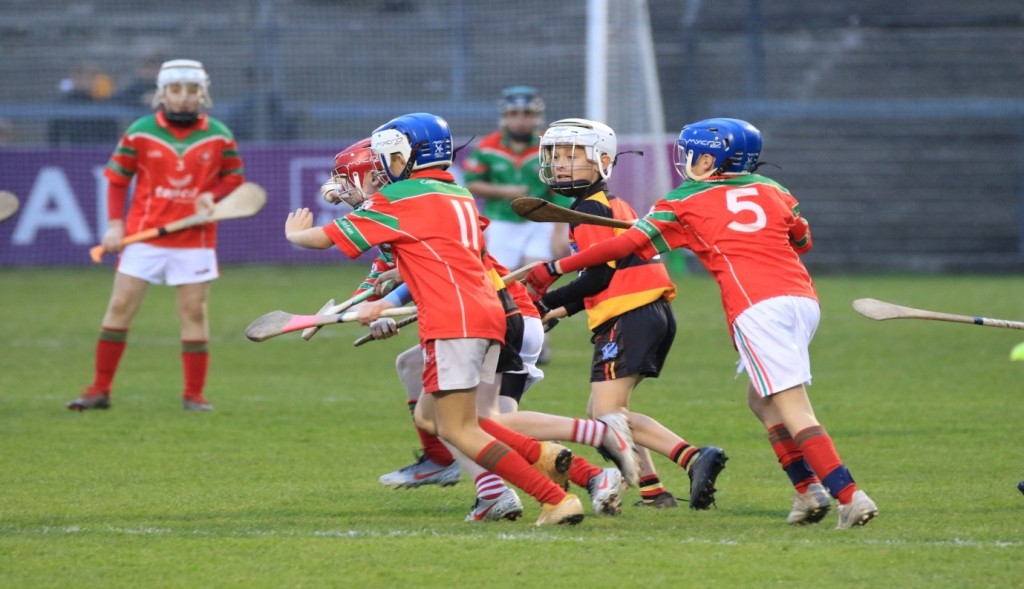 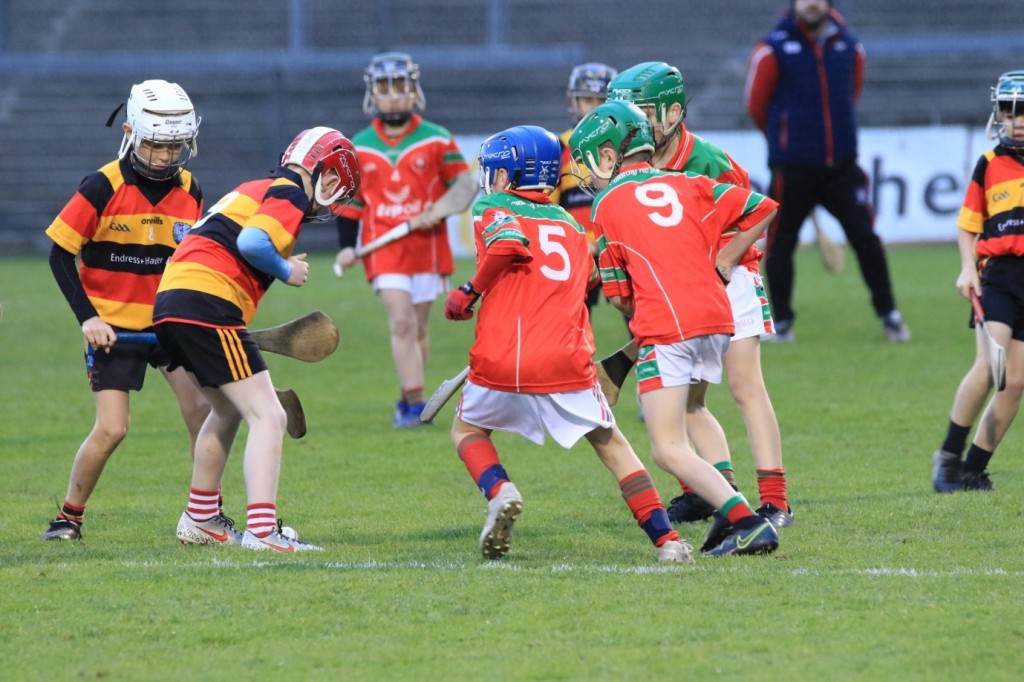 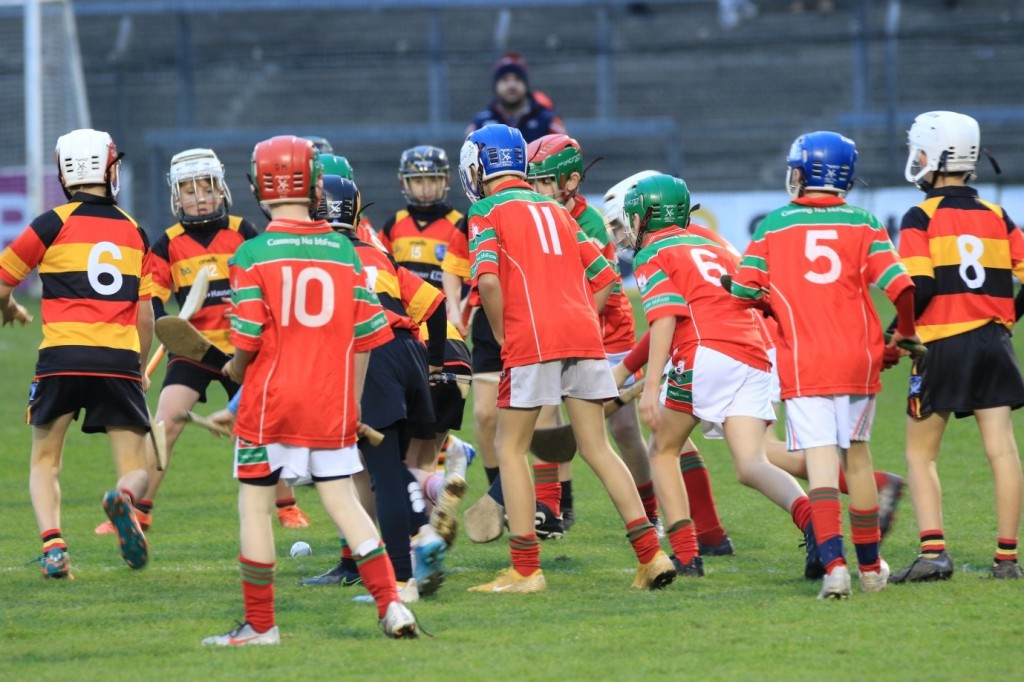 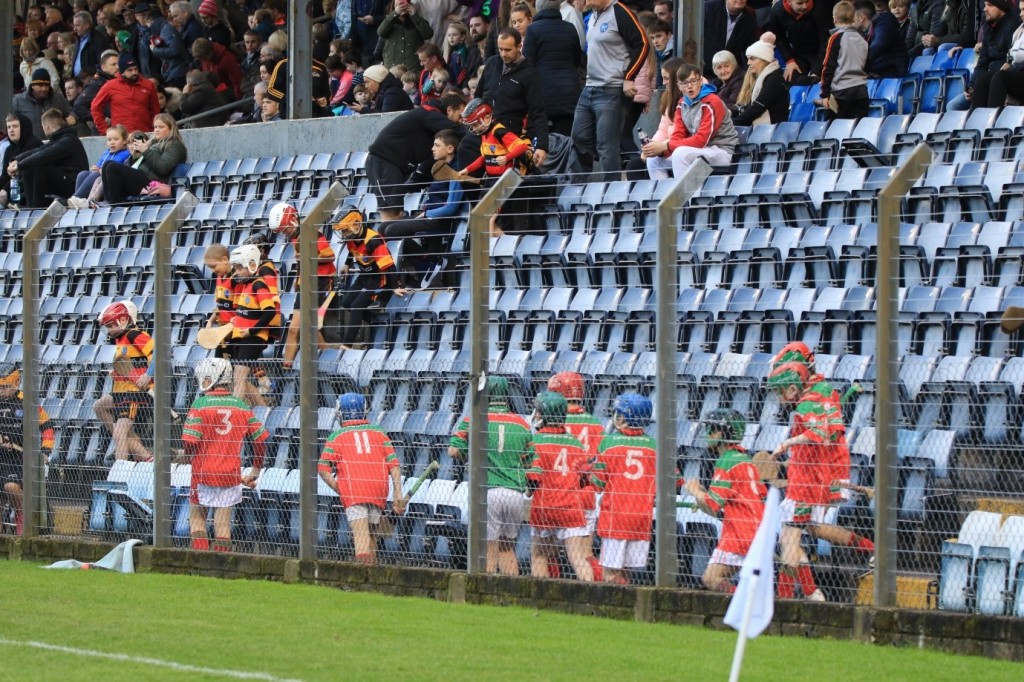 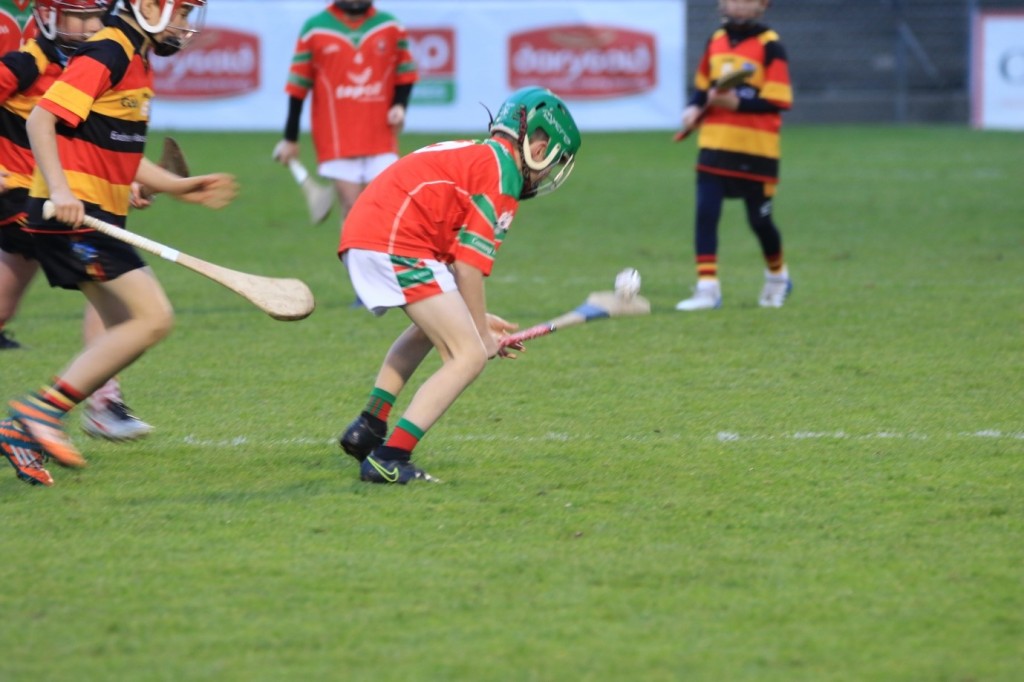 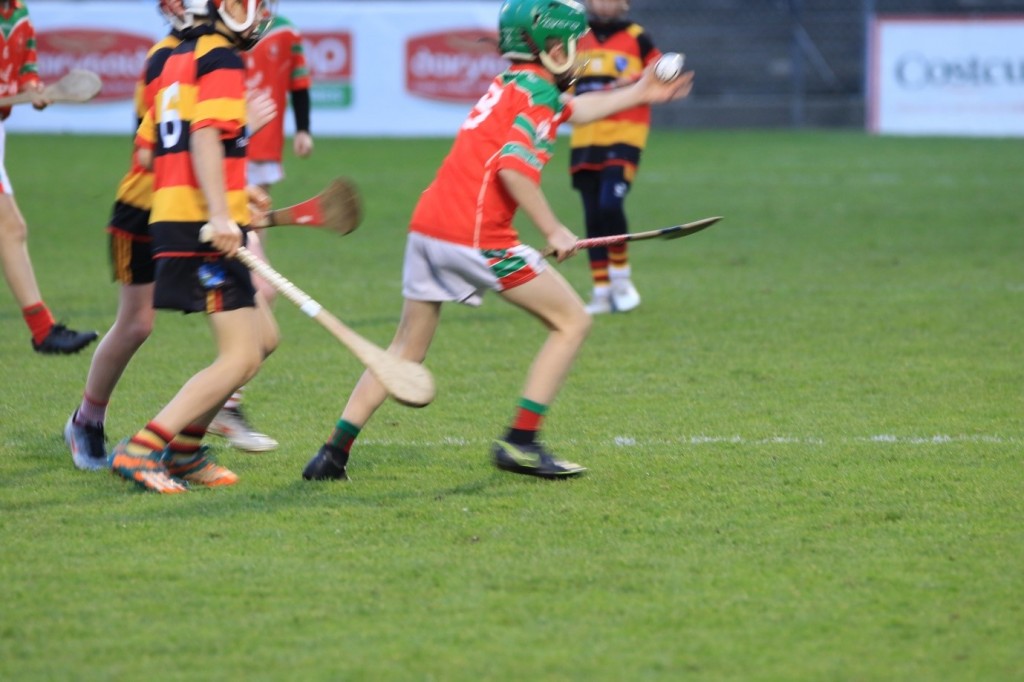 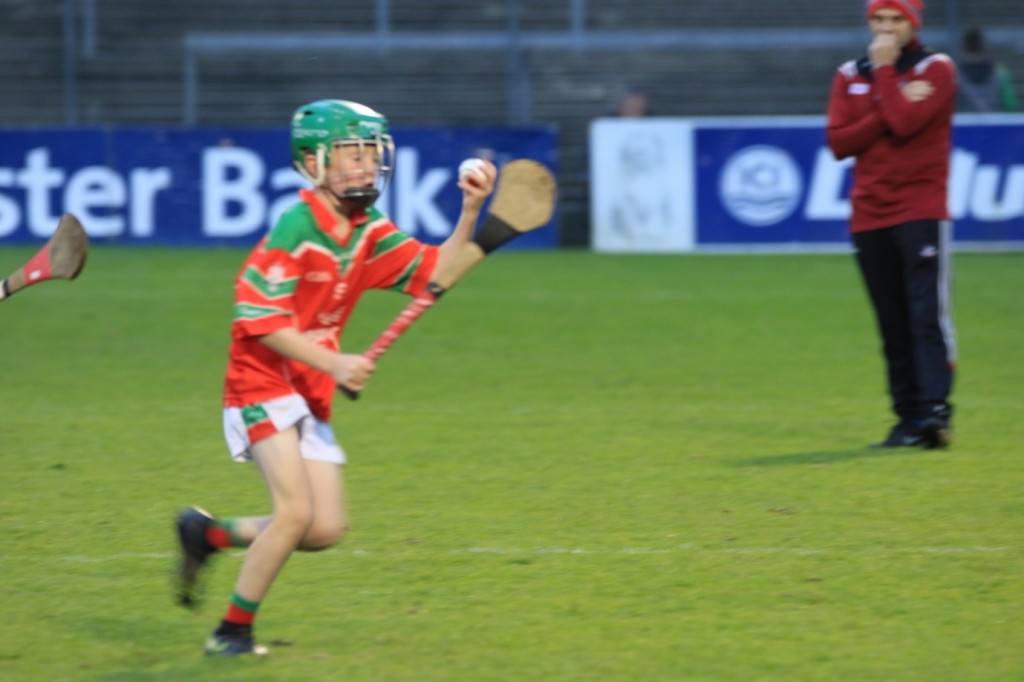 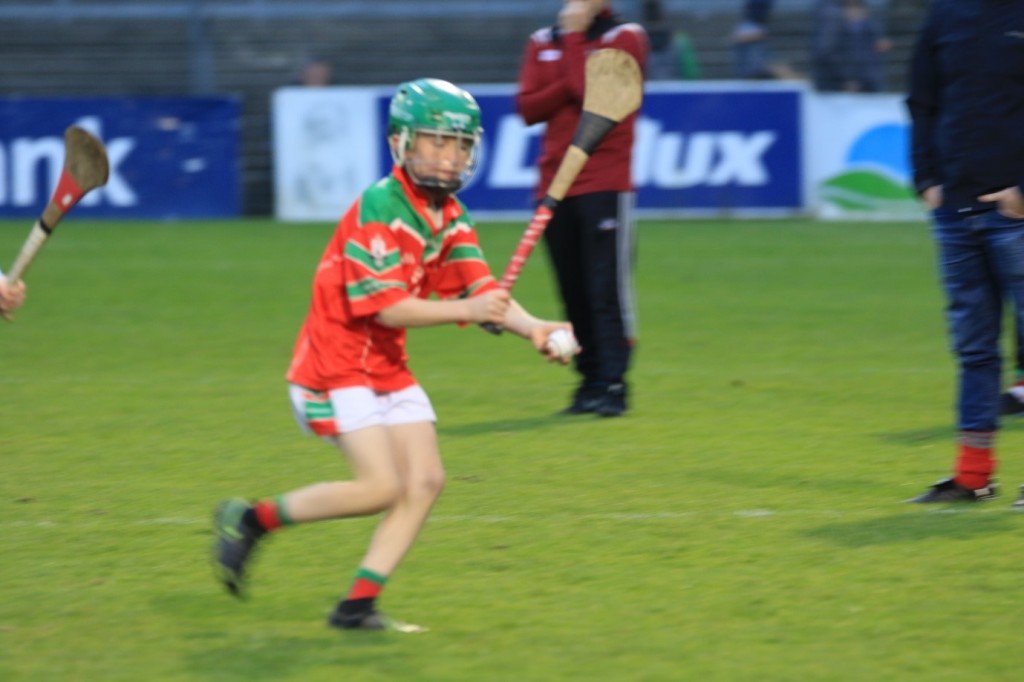 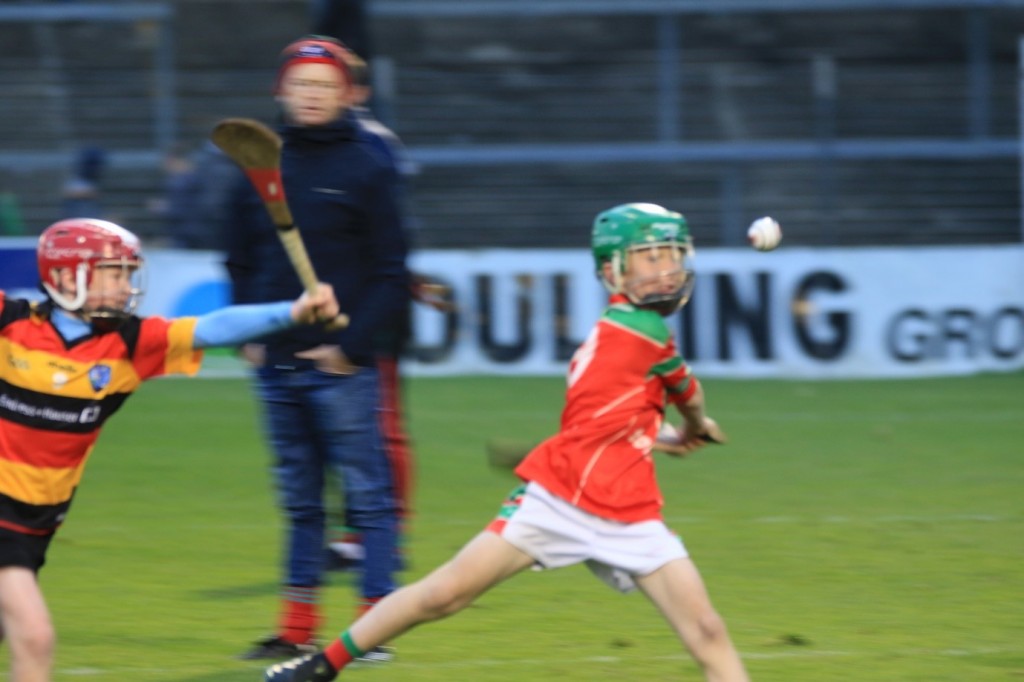 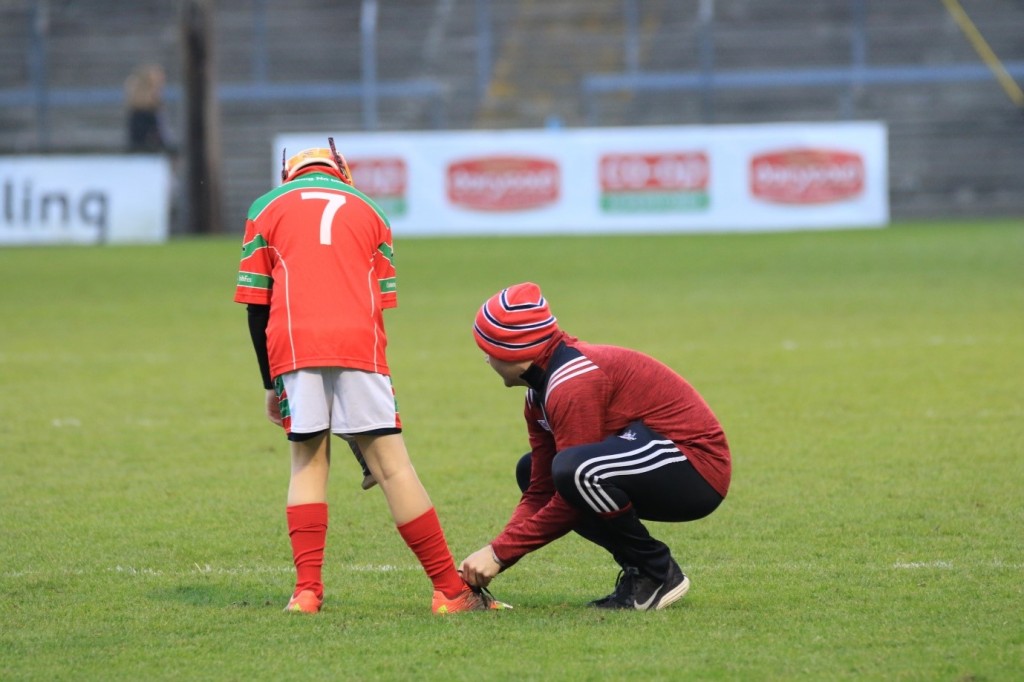 Our Junior C Hurlers relinquished their Championship crown to Cobh on a dry but windy Sunday afternoon at Pairc Carraig na bhFear last month.  This was a game that Carraig will be disappointed with, mainly because it was this group’s flattest and least effective performance as a whole. Our cause was not helped by the fact that Carraig went down to 14 men after less than 10 minutes, after an off the ball incident. One could not fault the honesty and endeavour of the team to keep going until the end, but a lack of firepower upfront mean that a lot of the possessions won were not converted into scores. Chief protagonists on the day were M Ahern, C Burns and R Spillane.

A big mile buiochas leis an lucht bainistiocht, T Sheehan, N Pike and B Hegarty, who managed and organised this group of players both for championship and league. We would like to acknowledge their commitment and guidance throughout the year. Ard fhir. 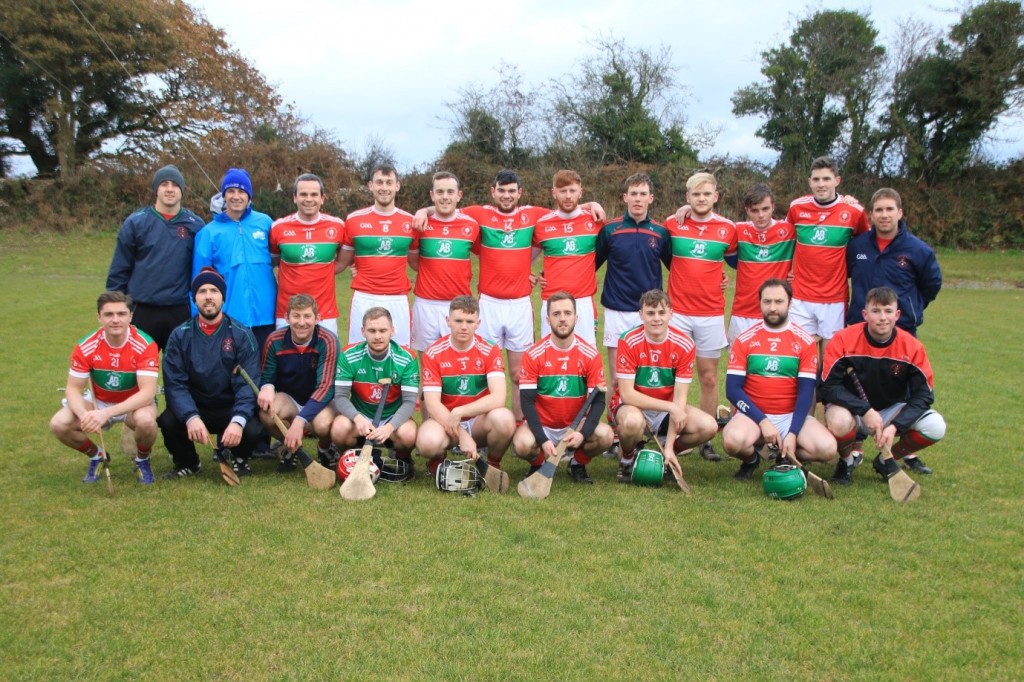 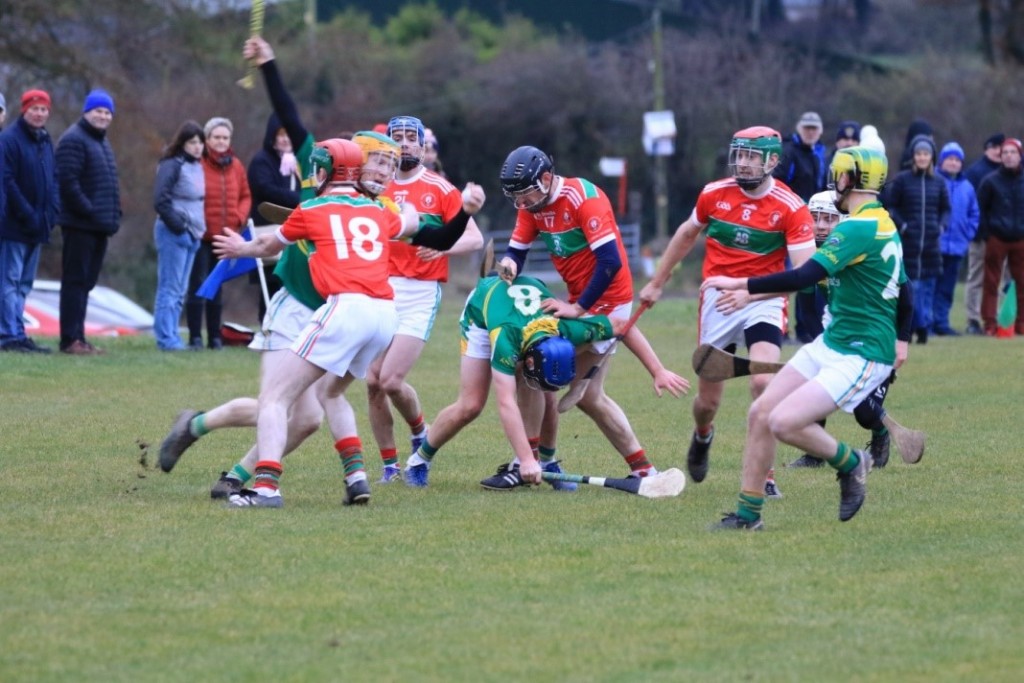 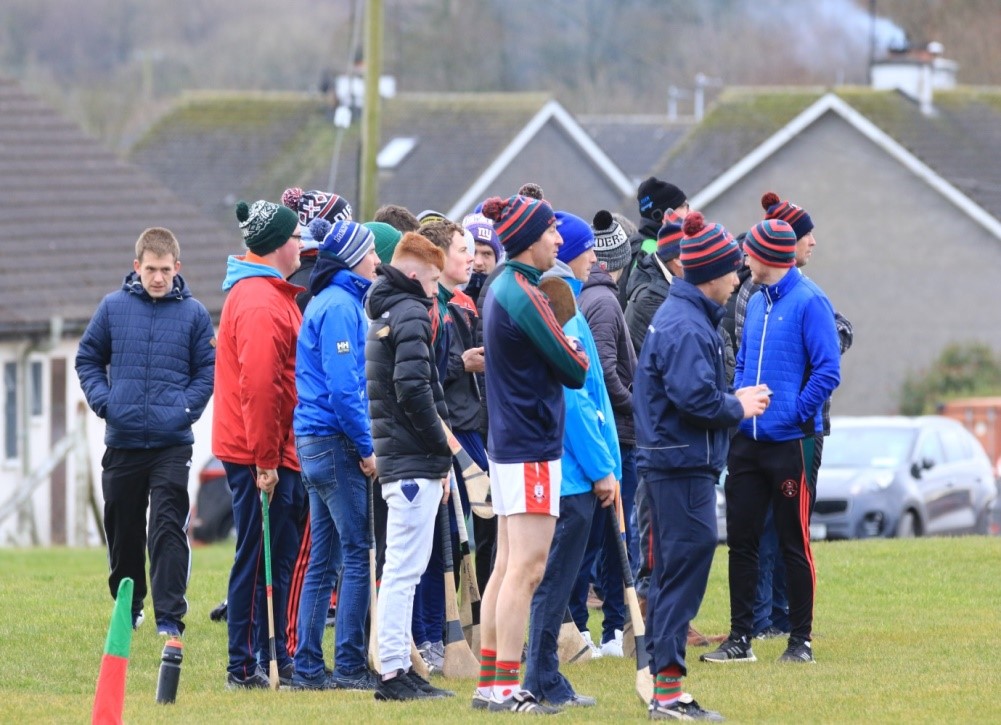 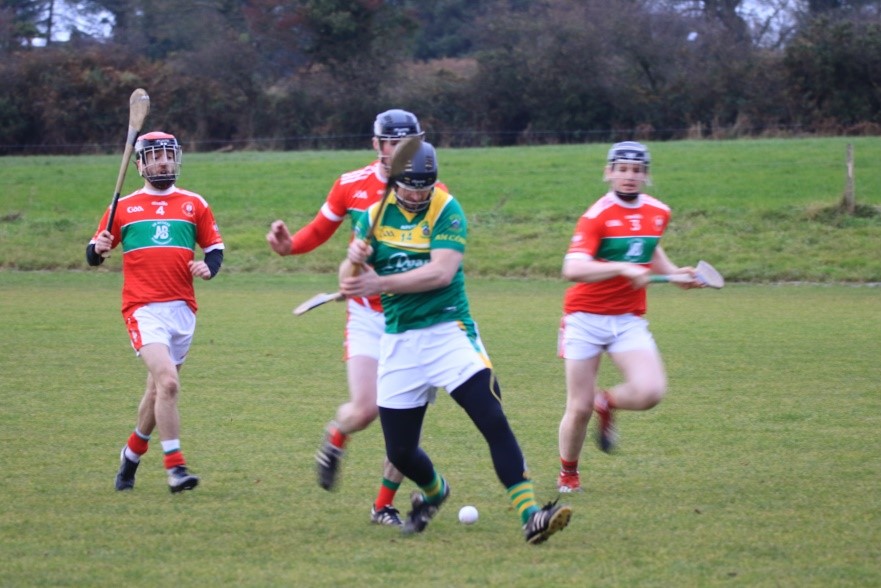 Our U21 Hurlers, who had won the first round of this round robin competition, lost to Midleton on Saturday, Nov 9th, at Pairc Clonmult, Midleton. This was a game that Carraig were always up against it, with injuries and lack of player availability causing a lot of headaches for management. But the team played quite well and were within 4 points of  Midleton with 5 minutes to go. If things had stayed this way, Carraig would have qualified for the knockout stages of this Competition. Unfortunately, a late goal meant that our score difference went against us and thus ended our interest in the competition. However, there were some big positives to be garnered, especially from some young but very promising minors who acquitted themselves quite well.

Carraig na bhFear followers came to Pairc Ui Rinn with their colours, their flags flying and their good humour. The match happened. Carraig na bhFear followers left the Pairc with the same colours, the same flags flying and the same good humour. Yes the result was not what we wished or wanted. The reality is at the  highest grade in Junior Hurling, unless a high  level of performance is delievered, than anything less is ruthlessly demolished. But there was an acute air from muintir Carraig na bhFear that eventhough we lost, the team, the dream and the parish still lives on. We got a taste of the big time, and the journey has galvanised the parish and club members.  People had a team to follow,  a team made up of sons, brothers, nephews, cousins, neighbours and friends. There was no shame in the dressing room afterwards. Disappointment….absolutely. But the dream lives on and a bedrock of experience  will stand to the club and the players as we get back up on the horse and go again for 2020.

The story of the game.  Carraig had 11 scoing chances in the first half, and they took 2. Russell Rovers had 12 scoring chances, they took 9, including a goal. It was not that Carraig were being outplayed, it was that we found it harder to score than the Rovers did and confidence dropped in tandem. The second half saw an improvement from Carraig and with 13 minutes  left, the score read 1-12 to 8 points. But Russell Rovers finished strongly and in the end, emerged deserving winners.

And So, 2019 came to an end for our Junior Hurlers….what will the next chapter contain….who knows…..maybe something to consider…..the team proved that they can compete with the best out there in Junior Hurling….the next step is to claim silverware to prove it. Roll on 2020. 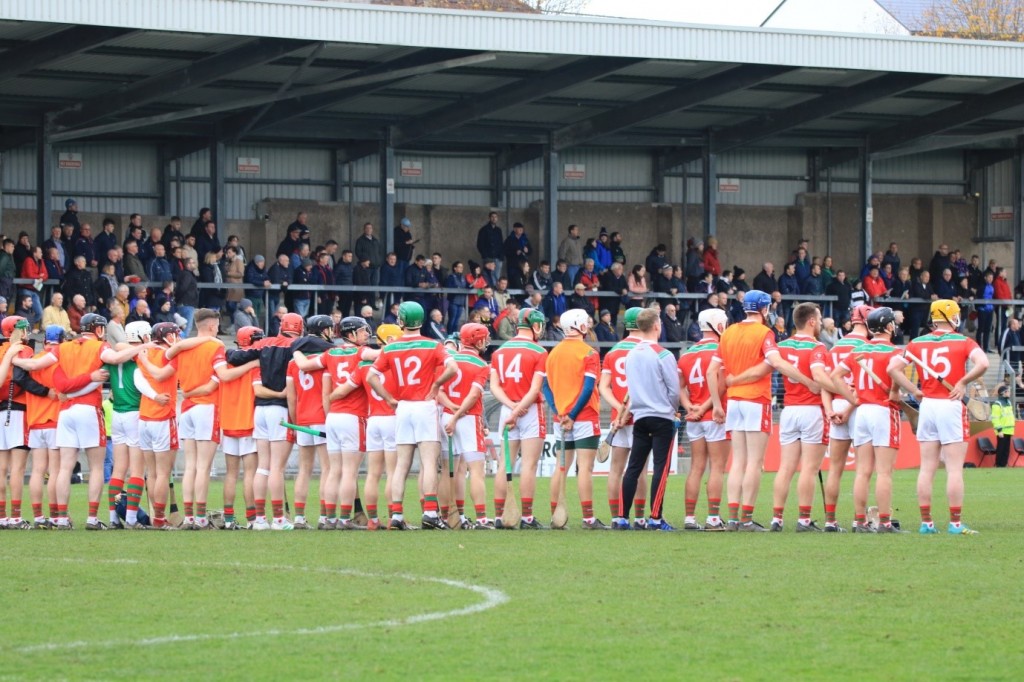 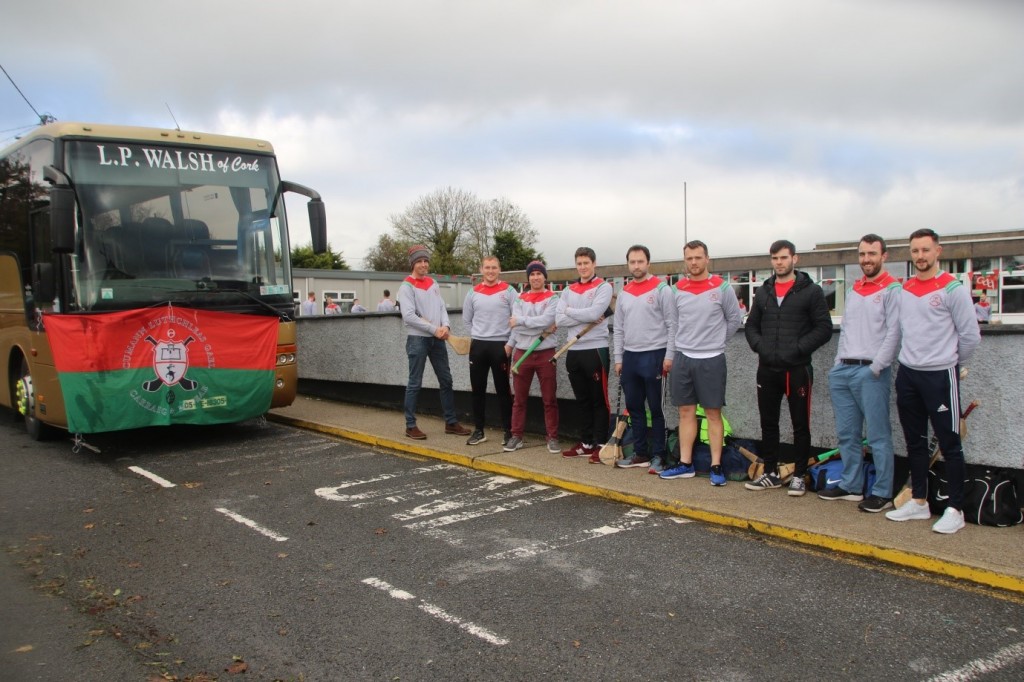 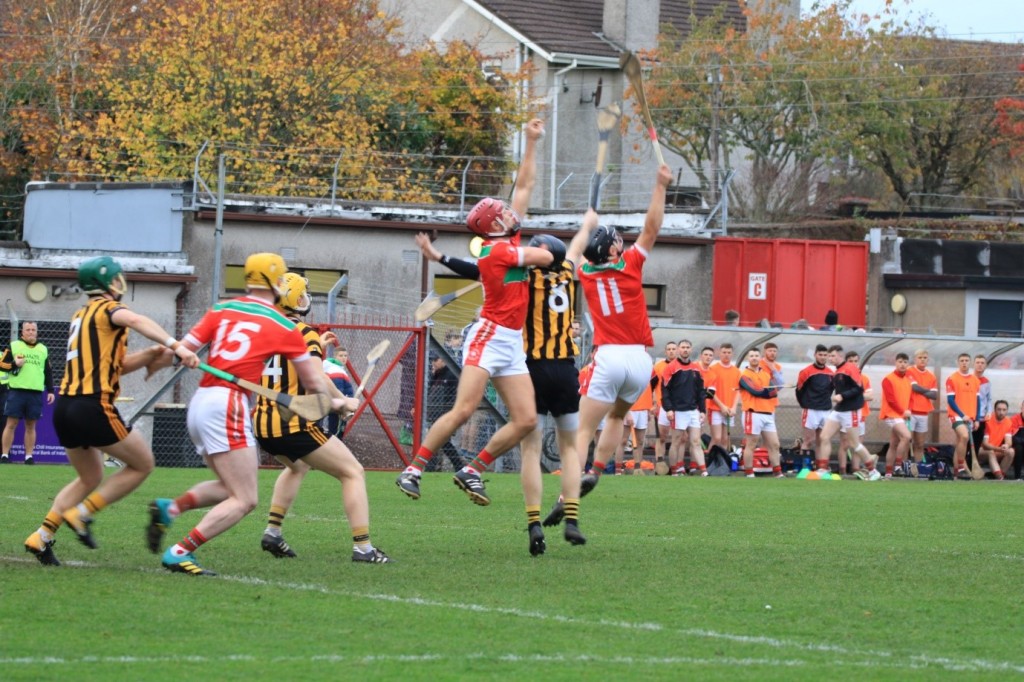 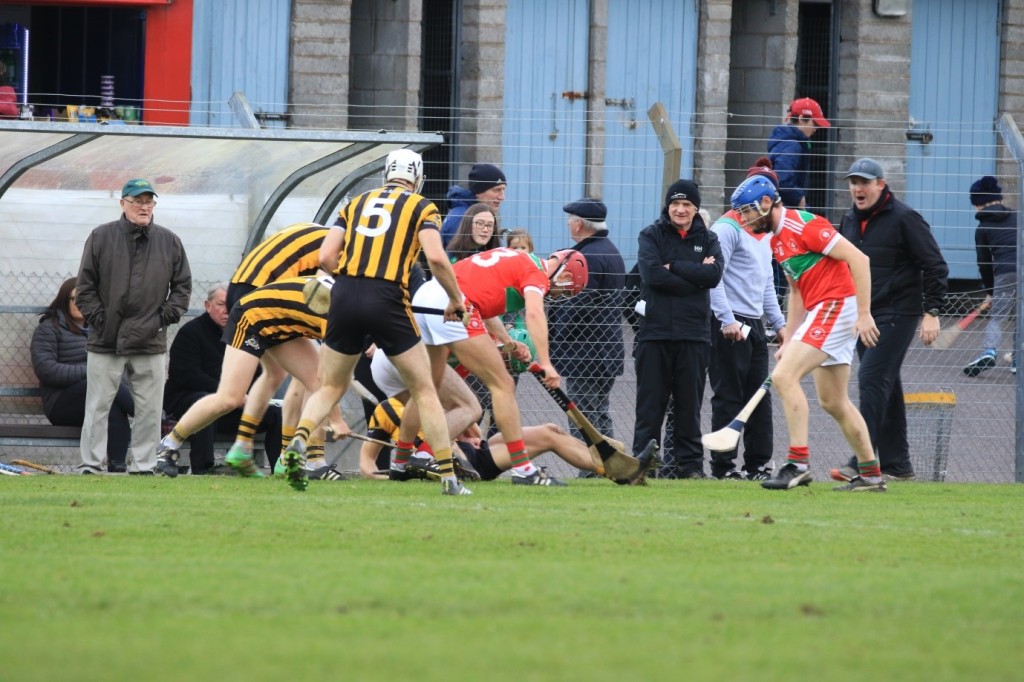 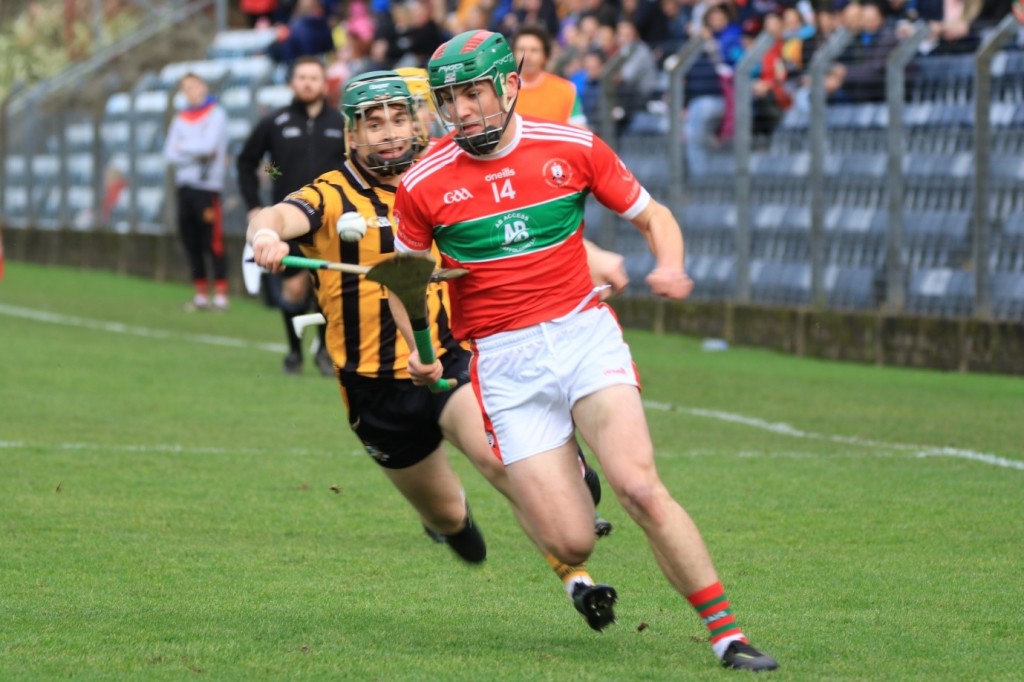 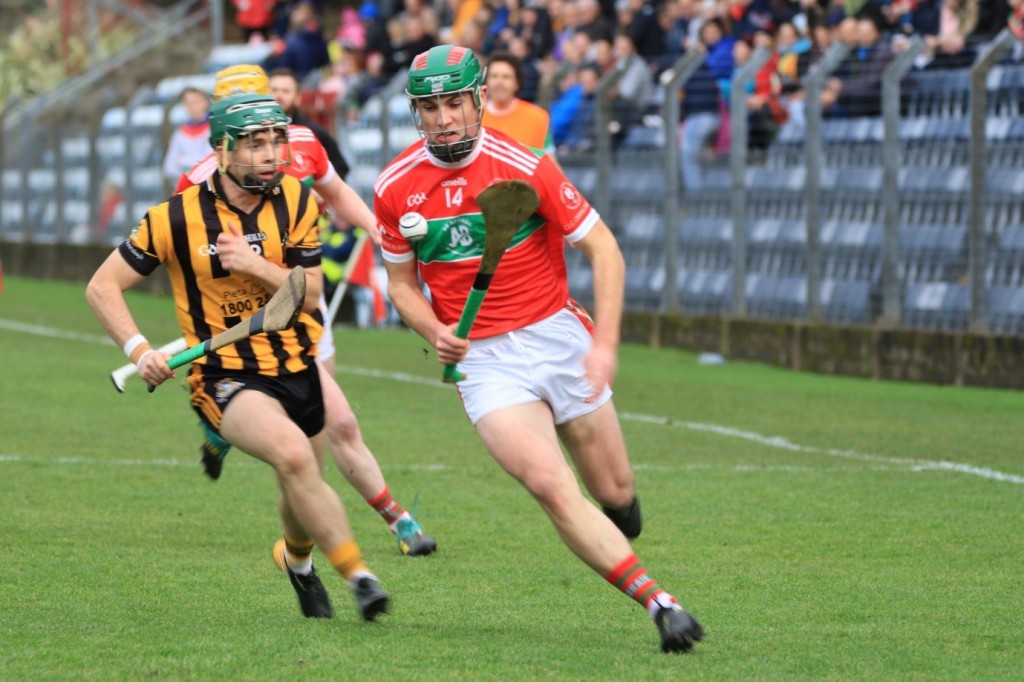 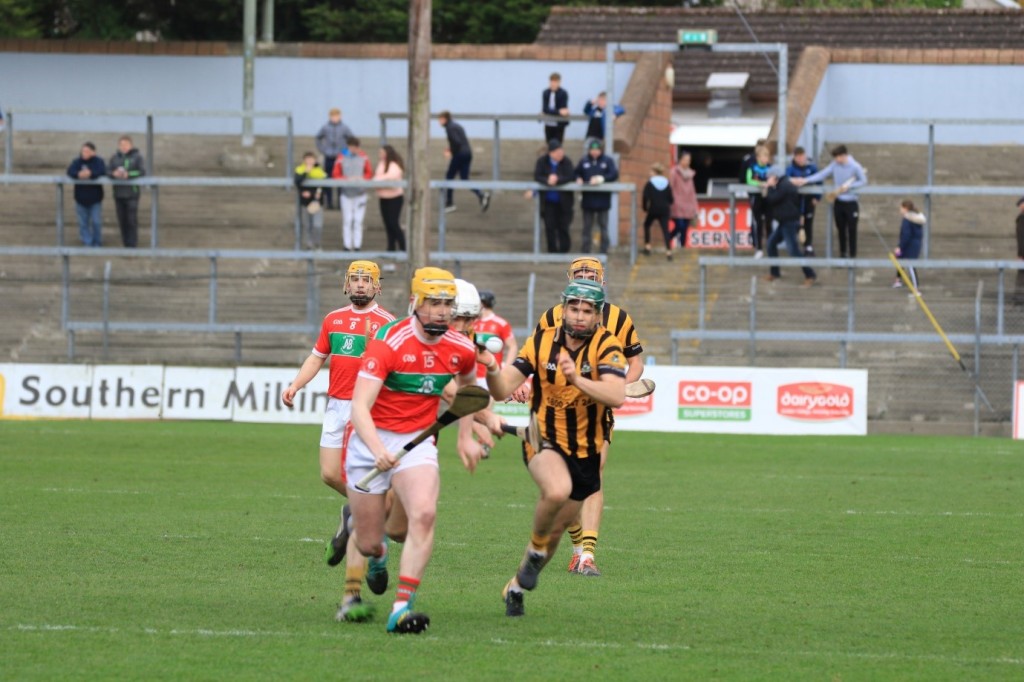 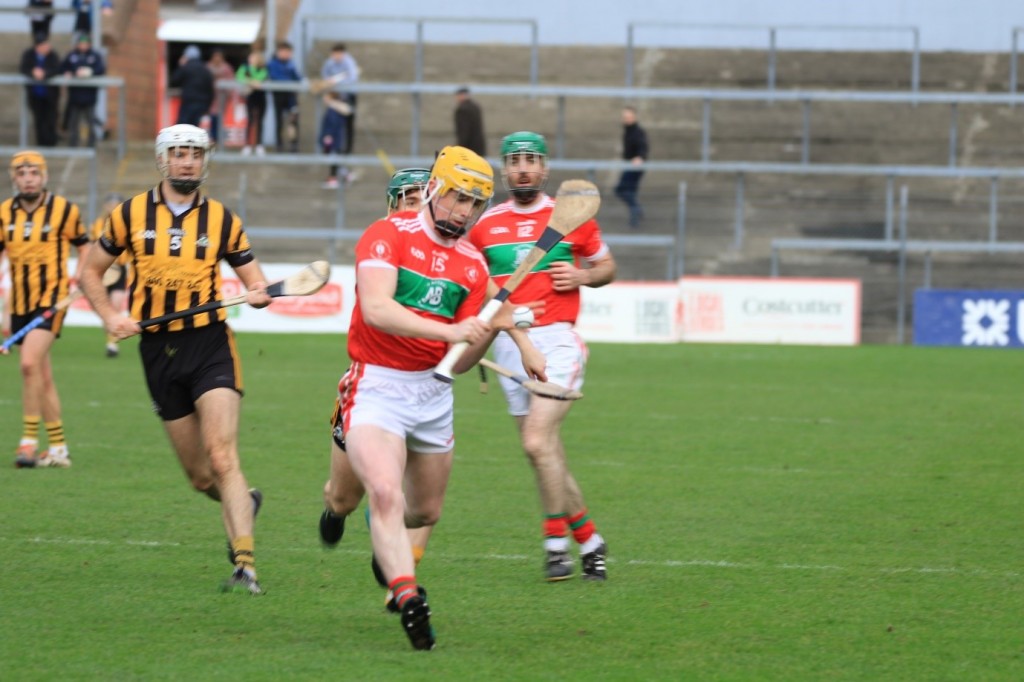 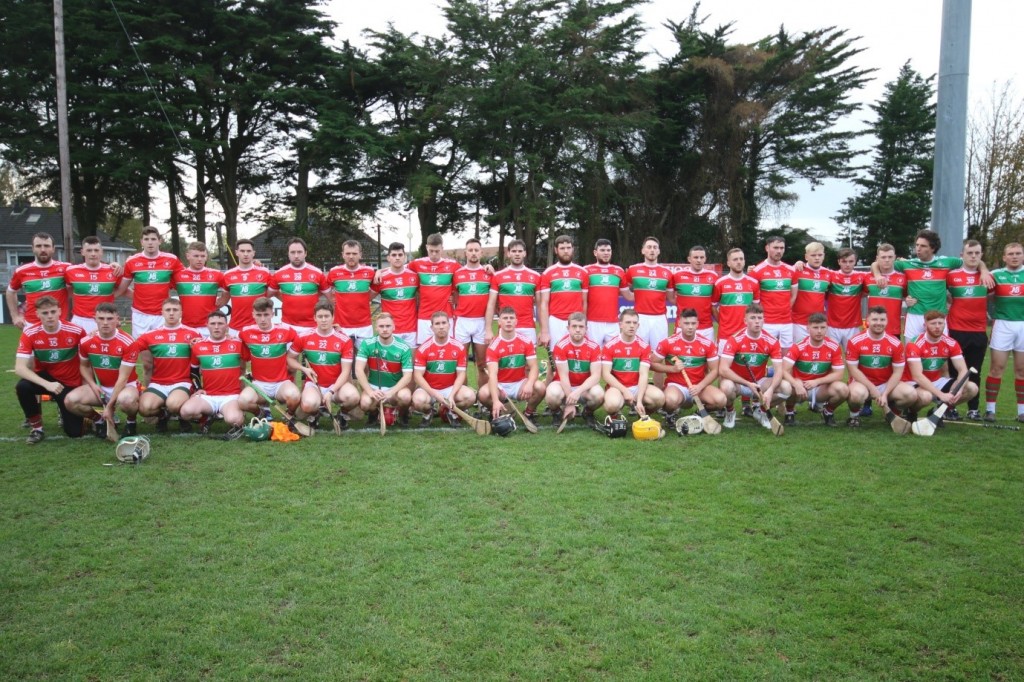