All roads lead to Castlelyons this Friday night as we take on Cloyne in the semi final of the East Cork Junior A Football Championship. Having suffered defeat to the same opponents in round 1, we bounced back well to defeat Midleton, reigning champions Fr. O’Neills and Lisgoold to make it to the penultimate hurdle. The team have been working hard in training since their recent exit from the hurling championship in the hope of reaching a first Junior A Football decider since 2008, as we look to end a 41 year wait for the title itself. Throw in is 8pm, your support for the team is greatly appreciated. Best of luck lads!
#ArAghaidhnabhFear 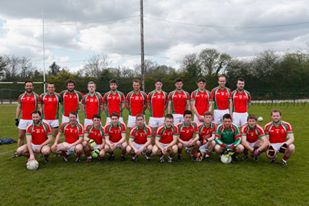