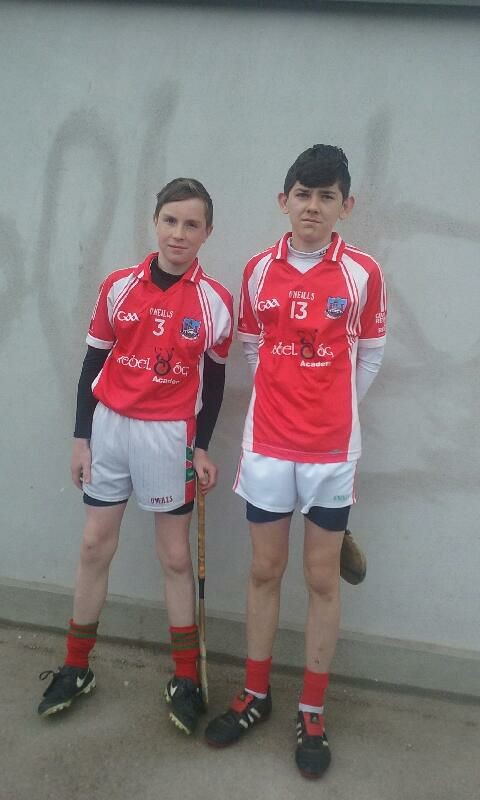 Well done to Felix Murphy and Billy Connolly who recently took part in an U14 inter regional/county hurling blitz. This blitz took place in Castlemartyr, and teams from Cork and Waterford participated. It’s great to see Carraig na bhFear proudly represented at this level. Well done to all involved.

The U6s were out Friday night. Even though it started off wet, it didn’t dampen the boys spirits. The boys started with their drills and then finished up with a match ! They are always eager to learn new skills and are constantly improving!  Well done boys

Well done to the U7’s who played some great football and hurling in both matches against neighbours Clyda Rovers, Mourneabbey. Training has really been paying off for this group and a great match was enjoyed by all, with plenty of goals being scored! A big thank you to their coaches. Training continues every Friday in Carraig pitch at 6pm.

The U8s travelled to Mourneabbey last Saturday morning to play Clyda Rovers in two friendlies – football and hurling. We had a strong panel of 10 and the Carraig boys played superbly in both codes. In football ,the general play and reading of the game was well improved, specifically the catching of high ball and scoring opportunities.  In hurling the defence were phenomenal all game long with midfield and the forwards also impressing the group of loyal supporters. 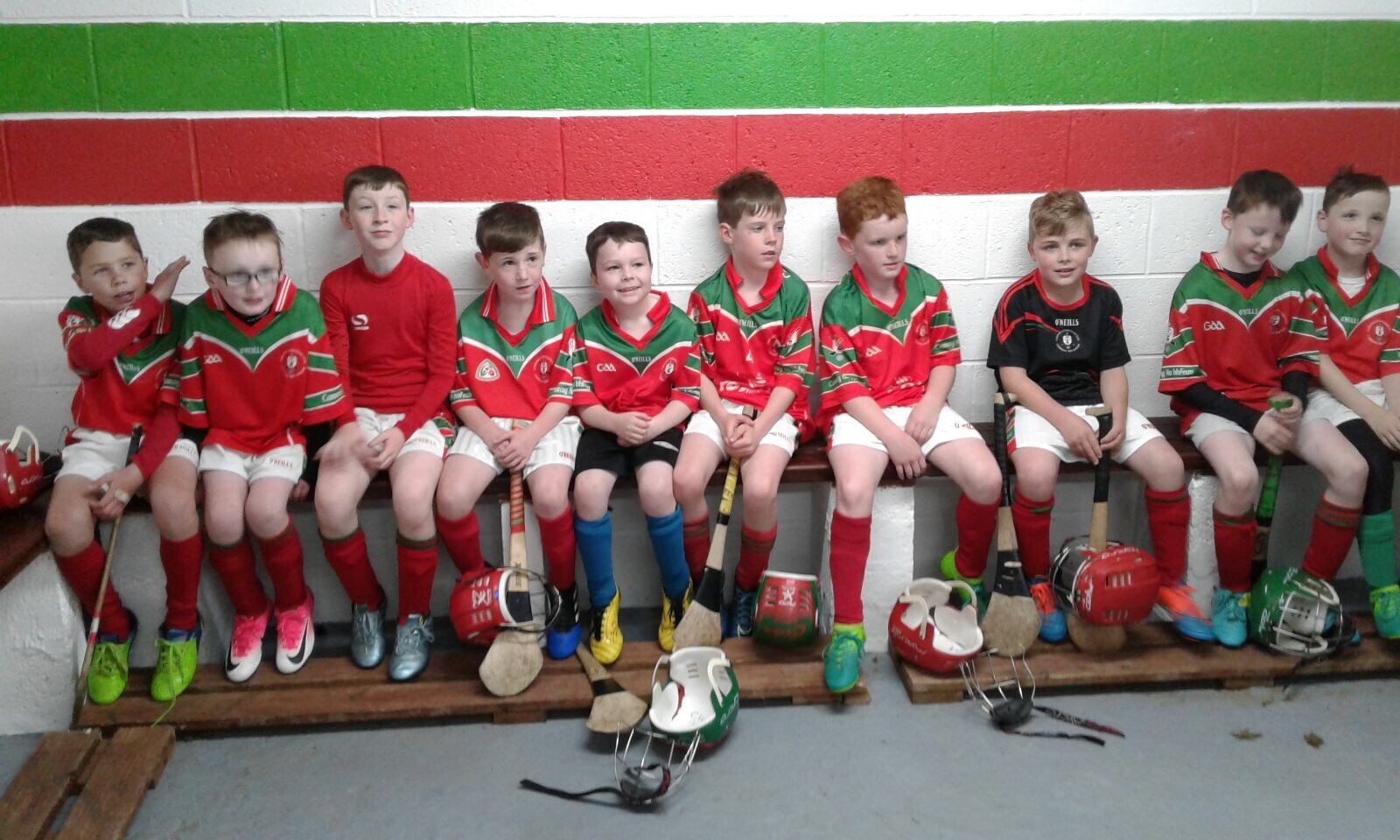 A spectacular performance again from our U9’s playing at home against Courcey Rovers,.

The game started off at a fast pace with the sliotar pinging from end to end. As the game settled, the Carraig team started to get into their stride and the defence was very solid with Tom Collins, Cian Dunne, Ciaran Ryan and Jack Harte clearing everything that came their way, superbly marshalled by Brian Barry in goal.

Our only score of the first half came from the hurley of our stylish midfielder Alex Flynn and he and the hard working half forward line of Ciaran Tattan and Cillian O Keeffe provided plenty of ball for our inside forwards.

Darragh Mc Guire and Dean Mc Carthy were very unlucky not to get a few scores on the board in this first period but their workrate was bound to pay off.

In the second period the lads changed positions but the game remained close up until half way through the second period with the scores at 1-1 to 1-0 in favour of Carraig. The lads upped thetempo from here to the end with the defence and midfield getting on top and supplied plenty of ball to the forwards who begun to find their range.

Last score of the match was a wonderful  goal from Brian Barry who had dropped the big bas to come outfield for the second half.

Well done to all on a great team effort. Keep up the hard work. Next up is an U10 hurling challenge match V Whitechurch in Whitechurch this coming Wednesday @ 18.30

The U11 played at home on May 20th. It was a great game of hurling against Ballygiblin and the lads won this with great teamwork and skill. Fine performance .

The U12 hurlers played at home to Grenagh on Mon. May 22nd . This was a tightly contested match in which all panel members gave it their all. They battled hard until the final whistle, and narrowly lost out by three points.

Hard luck to our U14 hurlers on Sat. in the feile qualifiers. First match against Grenagh saw Carrig with a good win. Next up was Ballycastle Gaels ( Ballywhooley and Castletownroche) .This was a fast paced physical game which Carrig seemed to have the edge. However, a goal in the last seconds of the game saw Carrig down 1 pint. Their final game in the semi-final was against St. Kevins. The lads gave everything but were unlucky.
On Mon. 22nd they played Whites Cross in the hurling league and despite a few injuries managed to win the game. Next up this Thurs night, is an away game in the football league versus near neighbours again Whites Cross. Best of luck lads.

All the best to pupils of Scoil An Athar Tadhg, who are participating in the Grandons Community Cup Tournament on this weds, Night May 24th.

Best wishes also to the pupils who are heading to the Aviva Stadium on Weds. May 31st, to represent Munster.