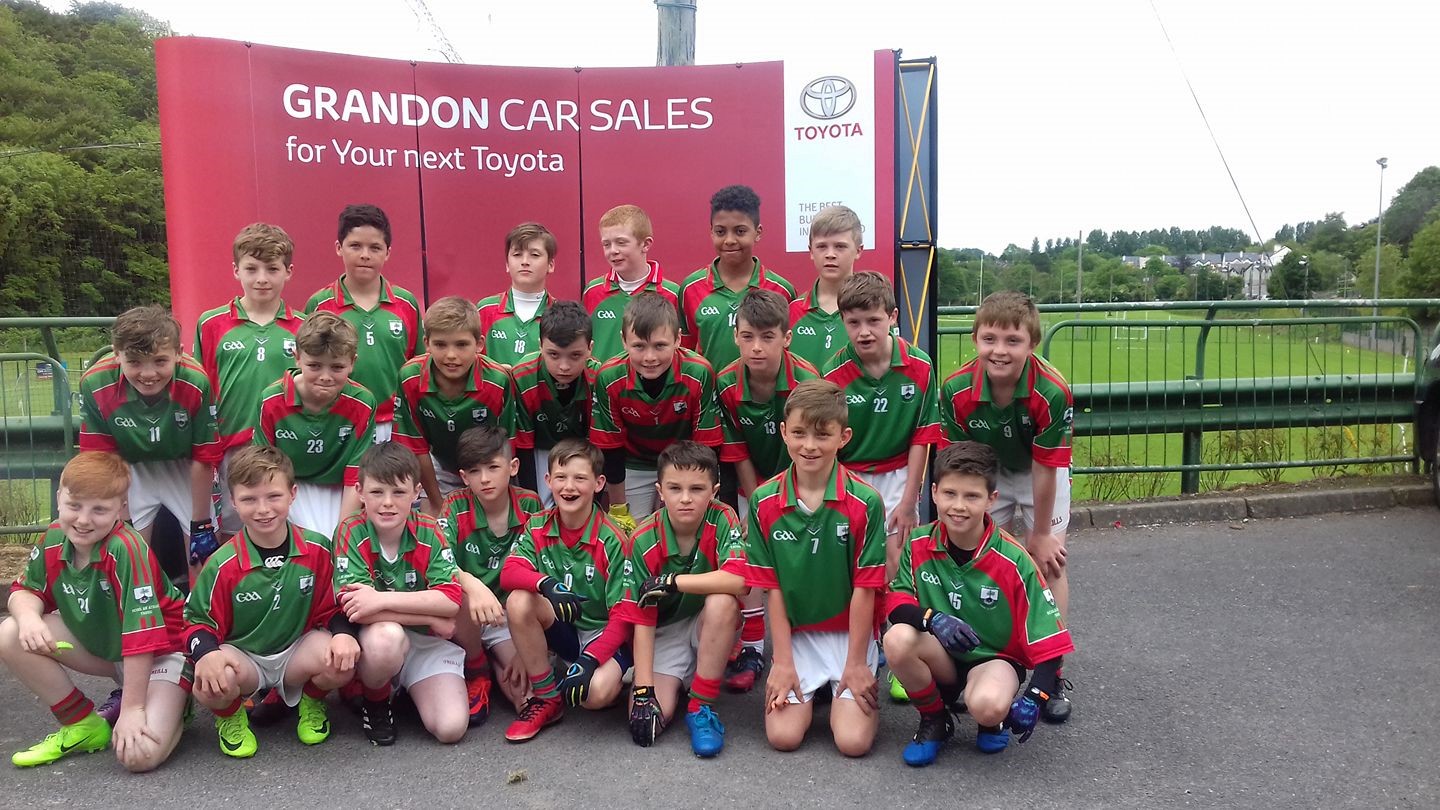 The boys of Scoil an Athar Tadhg headed to Glanmire Football on Wednesday evening hoping to retain the title. While all the boys played well, there were some terrific performances on the night from captain, Martin Murphy and Luke Linehan in defence. Zach Lynch, David O’ Mahony,  Micheál Murphy and Robert Sheehan around midfield, and up front Ciarán O’Leary, Sean Kent and Mark O Flynn.

The parade behind Barrick Street Band greatly added to the occasion on a beautiful evening for football. Carraig boys were disappointed to lose to eventual winners Scoil na Nóg by the narrowest of margins, before going on to account for New Inn and Riverstown in winning the plate competition.

The boys will forever remember the night the legend that is Micheál Ó Muircheartaigh did commentary on the action and having him present their medals. The all action performance of Robert Sheehan earned him the Man of the Match award in the plate final. 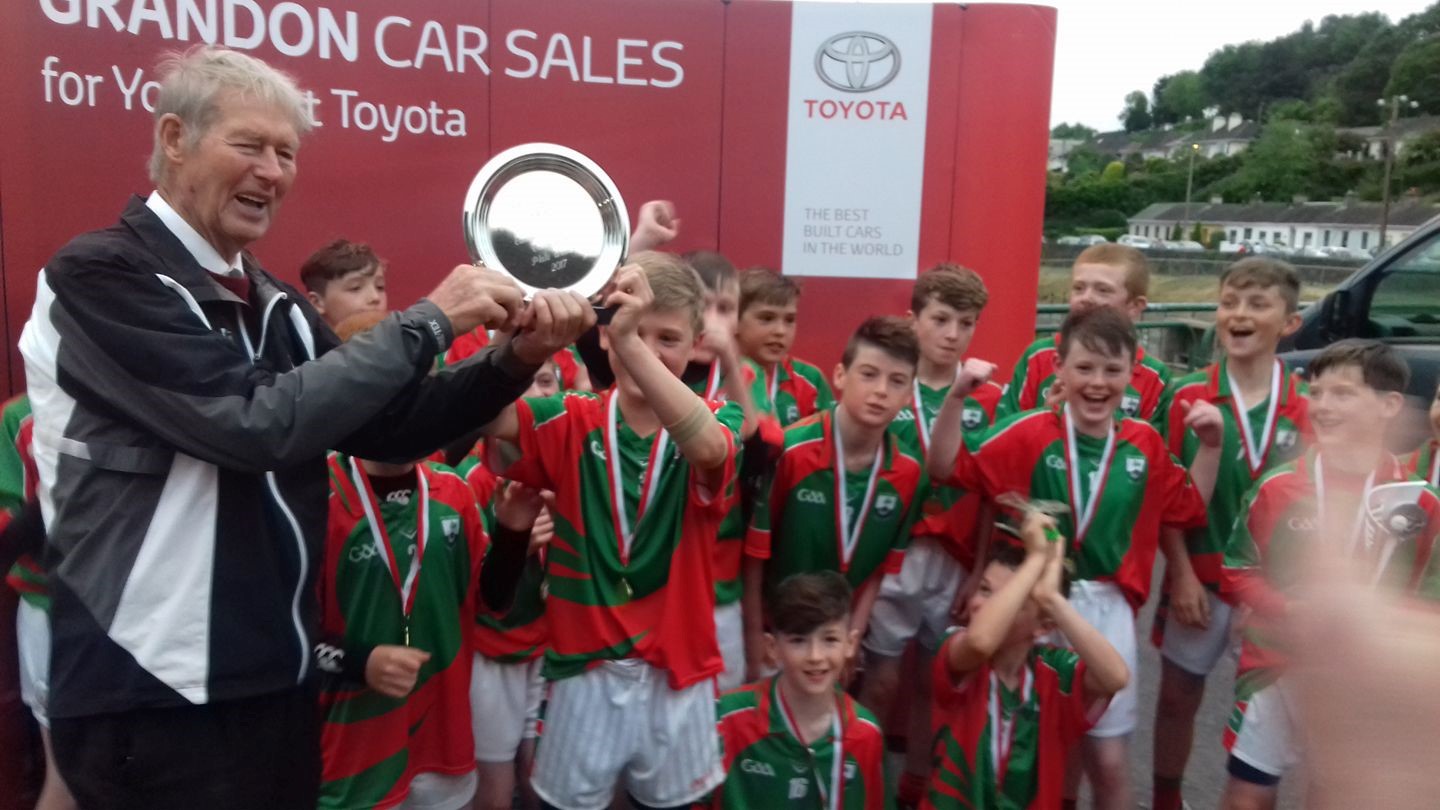 Congratulations to Sarah Ahern and Kevin Fitzpatrick on their selection on the Primary Game team. Sarah had the honour of playing with the camogie team in Thurles, and Kevin with the footballers in Dungarvan. 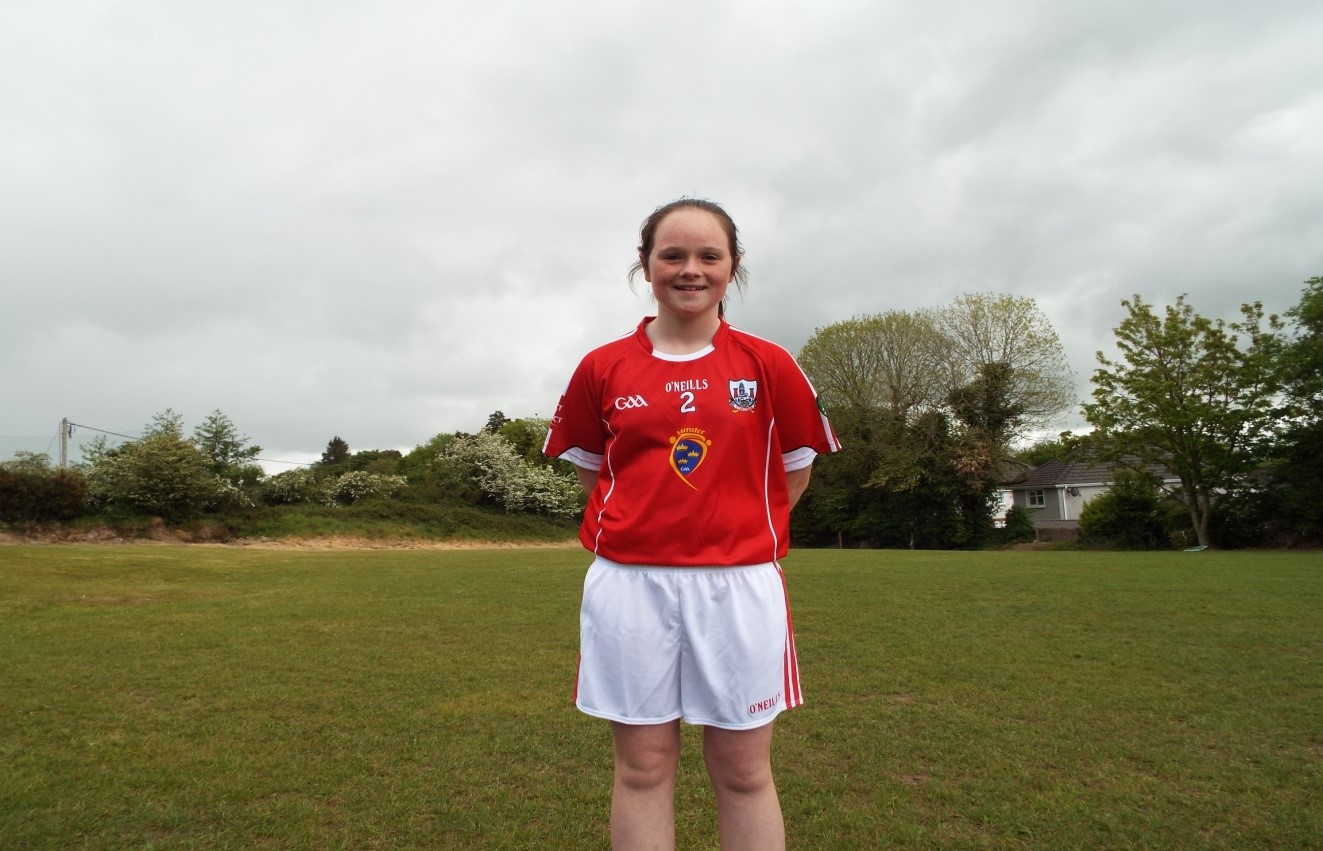 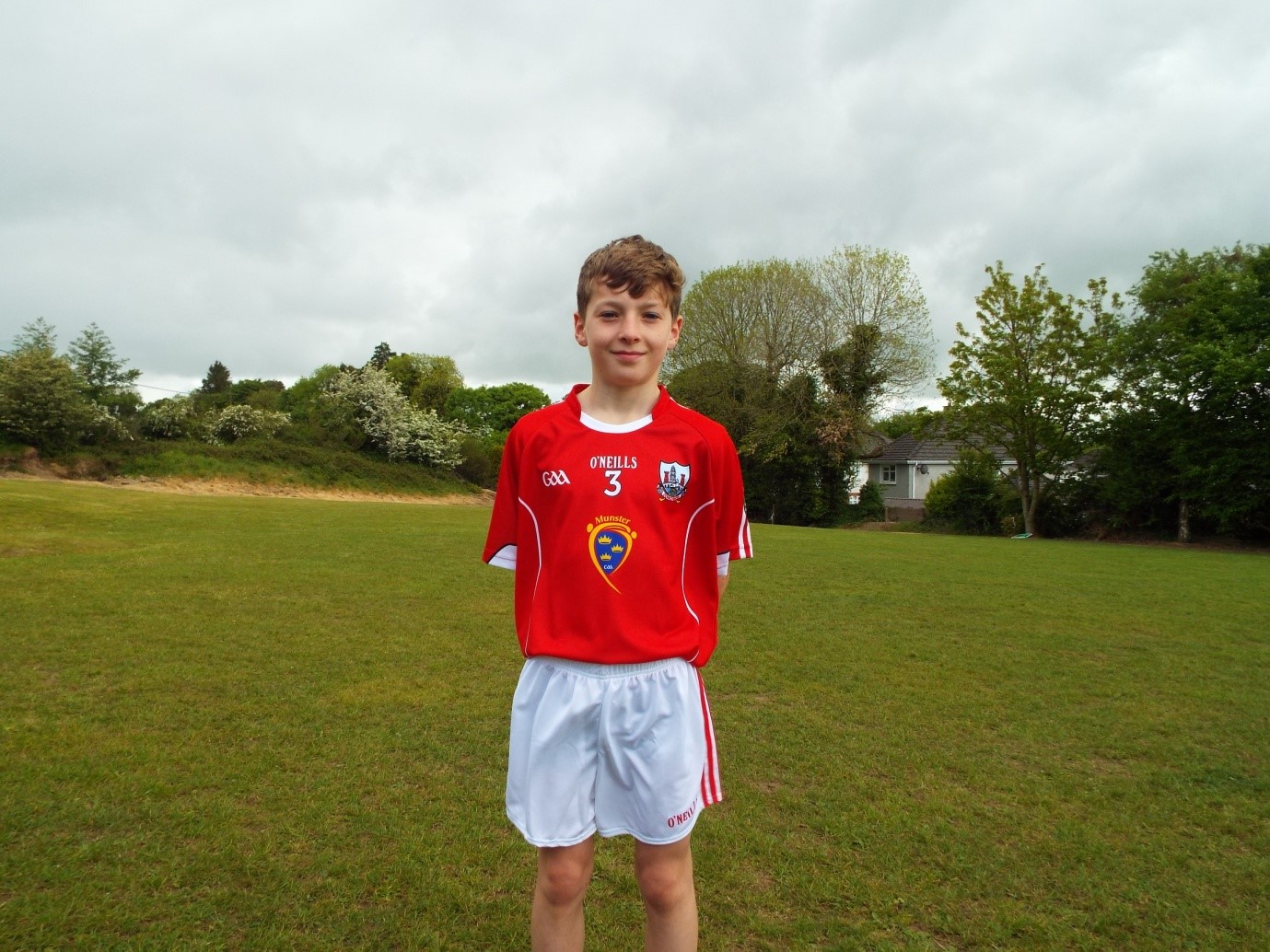 Best wishes to Scoil an Athar Tadhg in The Aviva Stadium this week. Having already been crowned Munster Champions the team and their mentors Mr. White and Ms. Keane carry the wishes of the parish as they head to Dublin.

Well done to all the Carraig GAA members from Scoil an Athar Tadhg who took part in the Cork City Sports this week. Reports have come back of a great performance from all participants!

Congratulations to Tara O Donovan from Scoil an Athar Tadhg who competed in this multi-disciplined event in Mallow last weekend. Tara finished third in a highly competitive field of over two hundred competitors. Well done to Ruby O’Shea, May Murray, Emily Twomey, Carol Loftus, Hannah Murphy and Faye Loftus who all competed with distinction in their disciplines at the National Finals in Dublin over the weekend. Emily Twomey from fourth class won silver in the “ Tumbling”. This was an outstanding achievement to finish second at the National Finals. Congratulations to you all.

This tremendously successful ten week programme organised by county footballer Orlagh Farmer concluded on Monday night in Whitechurch. This was a fantastic opportunity for girls currently not members of a club enjoy Ladies Football. Over sixty girls from Scoil an Athar Tadhg took part in the promotion. We would like to express our gratitude to Orlagh, Rockbán Club, Whitechurch GAA Club and the wonderful team of coaches who contributed to the success of this Gaelic4Girls programme.

The juvenile club wishes all their players the very best, in the upcoming Junior and Leaving Certificate Examinations.