The buntings were up, the burco was boiling, the sun was shining, and a warm welcome awaited everyone on arrival to Carraig pitch on Sat. morning. The U10’s played their final hurling blitz of the season on home ground, to the joy of all mentors, families and supporters. 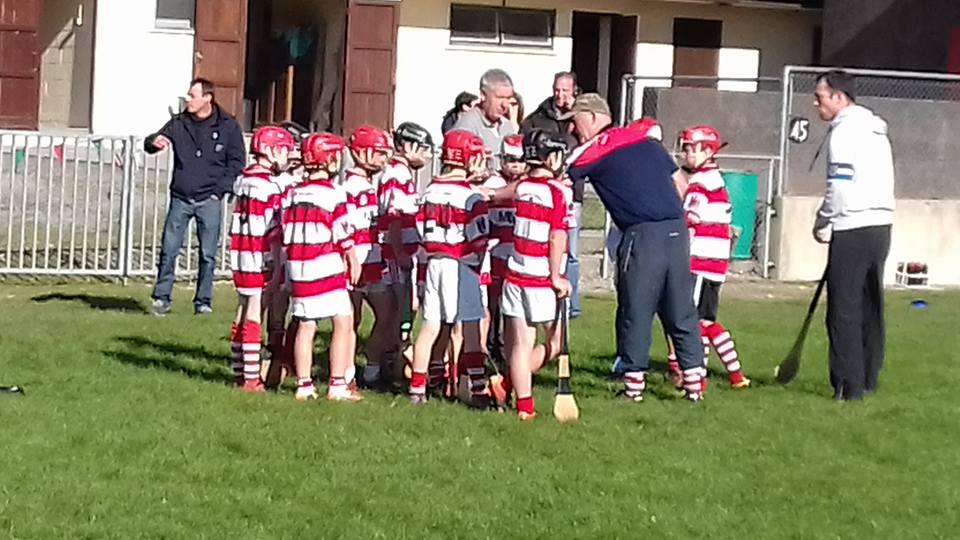 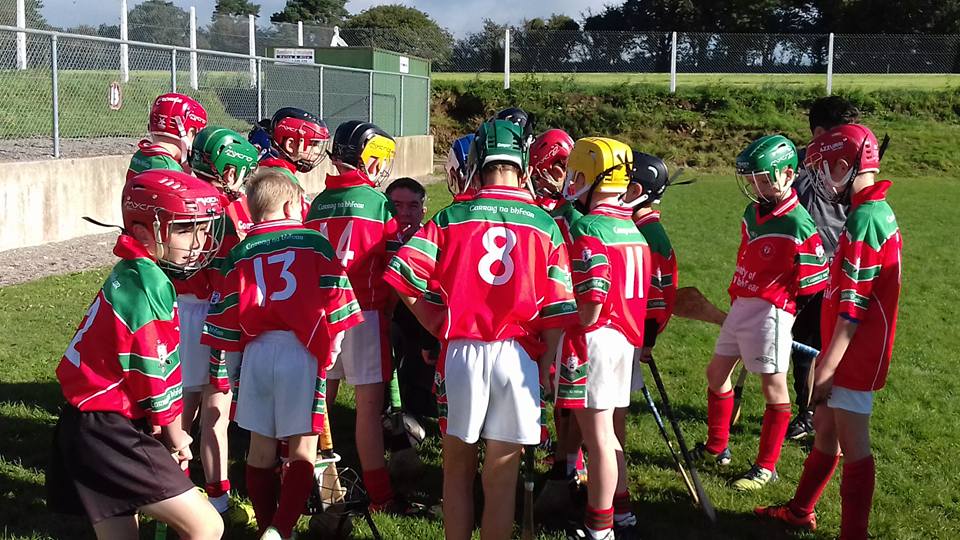 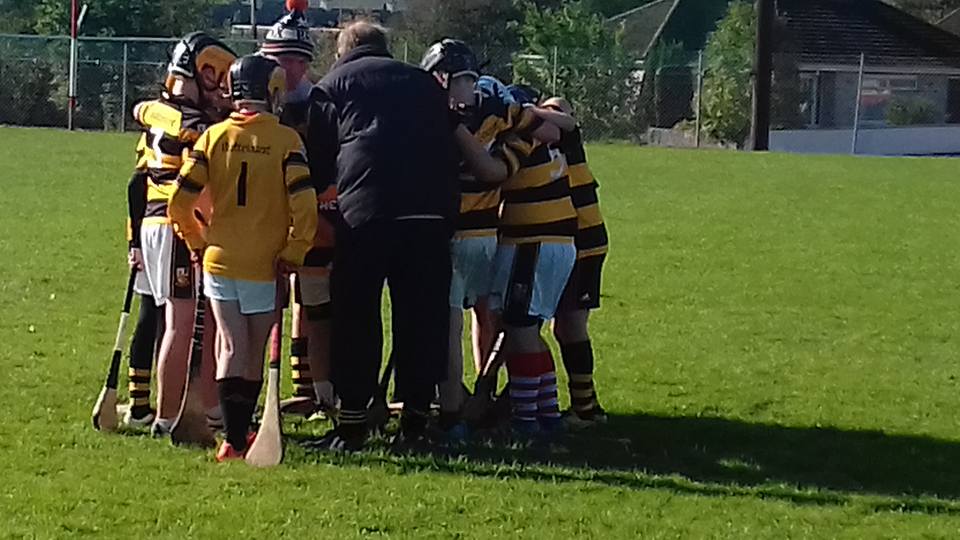 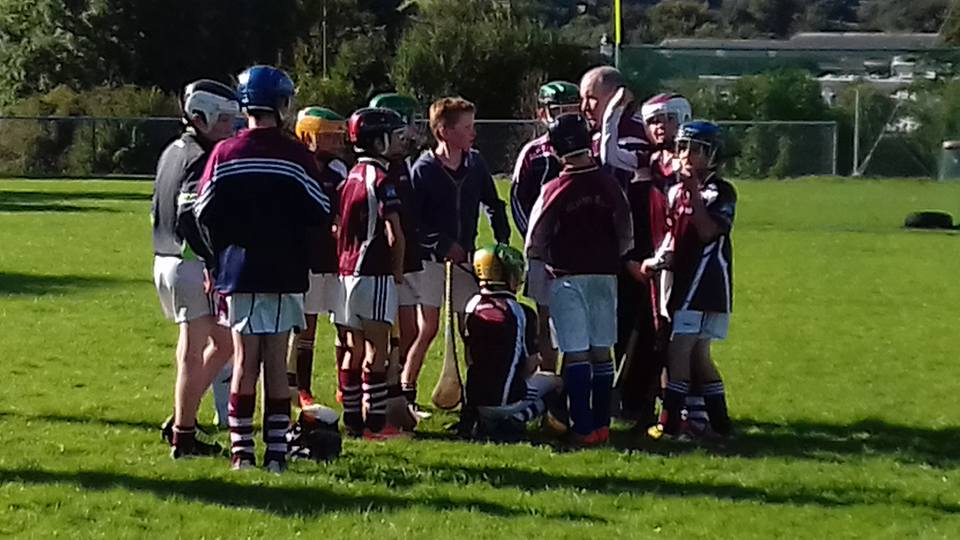 A special word of thanks, to all who have been involved in pitch, and ground improvement works, over the past few months. It was a credit to all on the day. Thanks also, to Aidan Bowen, for making a second set of goals for this event. And last but by no means least, all those who helped serving refreshments after the blitz.

The under 6 groups season is coming to an end but not before they test themselves against each other in an end of season parish league. The teams have been picked and the coaches appointed, so all that is left is to play the games. The lads were delighted when they were told last Friday night and are sure to be honing their skills during the week in advance of the first round of matches. Best of luck to all!

These teams were in action last weekend in Lisgoolds annual hurling tournament. The U7’s were hoping to retain the cup they won last year, while the U8’s were trying to win the cup for the first time.

The U7’s faced Castlelyons and Lisgoold in their matches and there was great skill on show all through. The lads battled hard but had to give best to two fine teams. No doubt they will learn from this and redouble their efforts the next day.

The U8’s faced Castlelyons first up and lost by 2 points in a very close match. The lads had played well but Castlelyons took their scores that little bit better. In the next game, we faced Lisgoold where we again lost narrowly. The score was 1-0 to Lisgoold. As the scoreline suggests, defences were well on top, but we again found it hard to take our scores when the opportunities presented themselves. The game was very close and could have gone either way. In the final game we played Whites Cross, where we found our scoring touch. Again, the game was very close with Carraig winning this one to wrap up their mornings matches.

Well done to both Carraig teams on a fine display of hurling skills. Thanks also to Lisgoold GAA for their invitation to their excellent tournament.

The U7 and 8 squads are training this coming Friday and then are taking part in a parish league where they will battle against each other for the honour of the parish! This league will take place on the following three Saturday mornings at 10 o ‘clock. Hope to see ye all there! 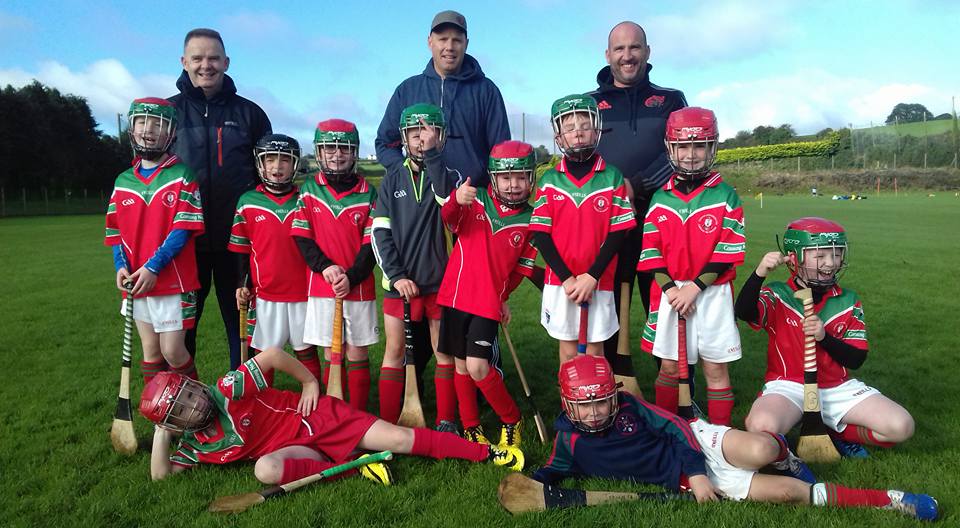 The Juvenile club has been providing GAA coaching to the young people in Scoil an Athar Tadhg for the last few years. This years coaching, commenced last Monday for our junior infants, all the way through to second class. The emphasis will be on movement and basic skills for the younger ages with a few school blitzes throughout the year. We are sure they will have great fun each Monday.

The club is also preparing to organise a foundation level coaching course in the coming weeks. Those who may consider coaching at some stage , or even learn how to manage  groups of children will find this course very beneficial. We will keep you posted as to when this will occur.

The very eager under 6’s enjoyed a great training session last Friday night, practicing their hurling and football skills with lots of dierent and exciting drills. They did their coaches proud. Training continues on Fridays at 6pm in Pairc na Carraige. .

Carraig na bhFear car stickers are available for anyone interested in purchasing them, in our local shop or pharmacy.