The Unstoppables and Carraig Cup Teams 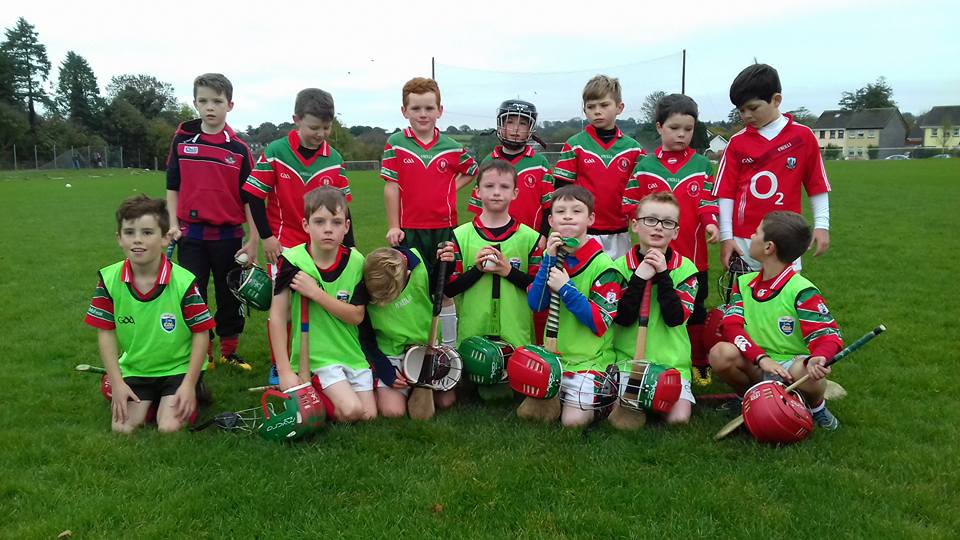 The ‘Unstoppables’ and ‘Carraig Cup’ Teams

Saturday last, 29th October was finals day for the U7 and U8 teams in their parish leagues. In the U7 final, ‘Squad X’ took on ‘Carraig Warriors’ with the first half played with the big ball and the second with the smaller one. Not even some dodgy refereeing decisions could seperate these sides, and the match finished in a draw. Congratulations to all, on a wonderful display of skill and endeavour. Some individual awards were also presented to some very worthy recipients.
Evan O Leary picked up a Man of the Match award for todays’ final, while Cillian Burns was awarded for most improved hurler and Dillon Manley got the nod for most improved footballer. Well done to all and keep up the practice over the winter. Thanks also to the coaching team of Ken Curtin, Donal Foley and Shane Horgan for the huge effort put in throughout the year.
The U8 final saw ‘The Unstoppables’ take on ‘Carraig Cup’ . In the first half the Unstoppables raced into a commanding three goal lead while playing with the big ball, but on the changeover, once Carraig Cup put on their helmets and picked up their hurleys they started to chip away at that 3 goal lead. With a few minutes to play the sides were all square after an excellent flicked goal by David O Donovan. Both sides traded points but could not be seperated by the time the final whistle blew. This was genuinely a hard fought match with nothing between the sides. Awards presented on the day were  : Alex Flynn for his Man of the match performance in todays final, Chris O Keeffe for most improved hurler 2016 and both Ciaran Tattan and Cillian O Keeffe for most improved footballers 2016. Well done to all the players for their huge effort throughout the year. 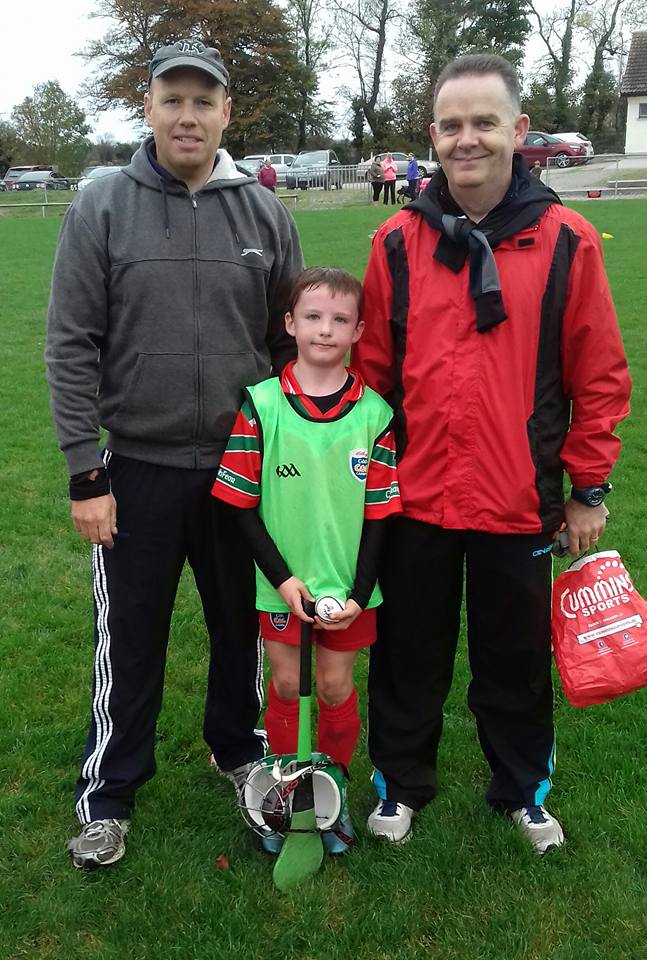 Man of The Match Alex Flynn 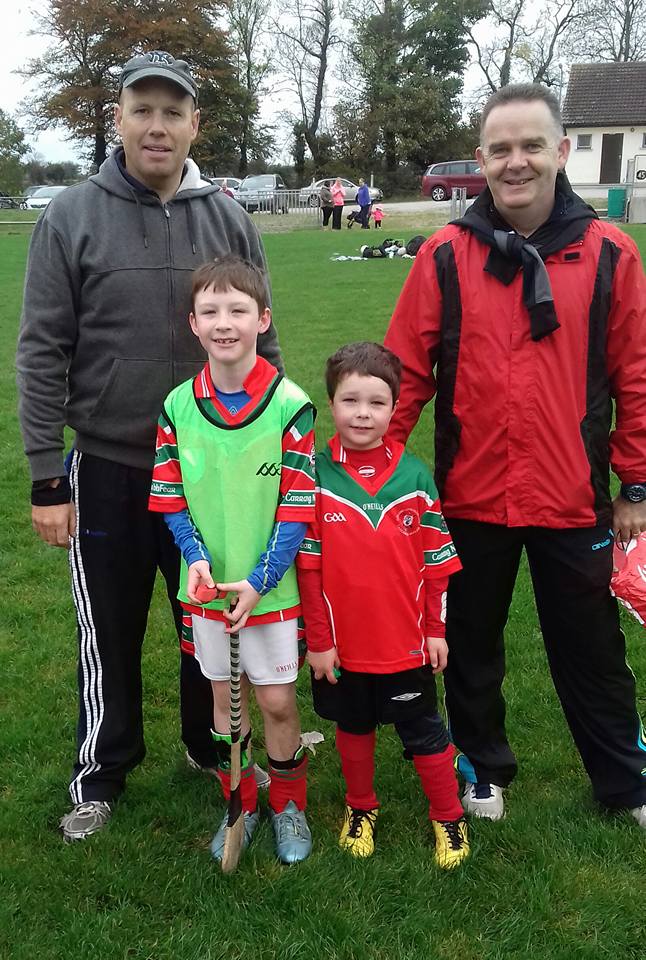 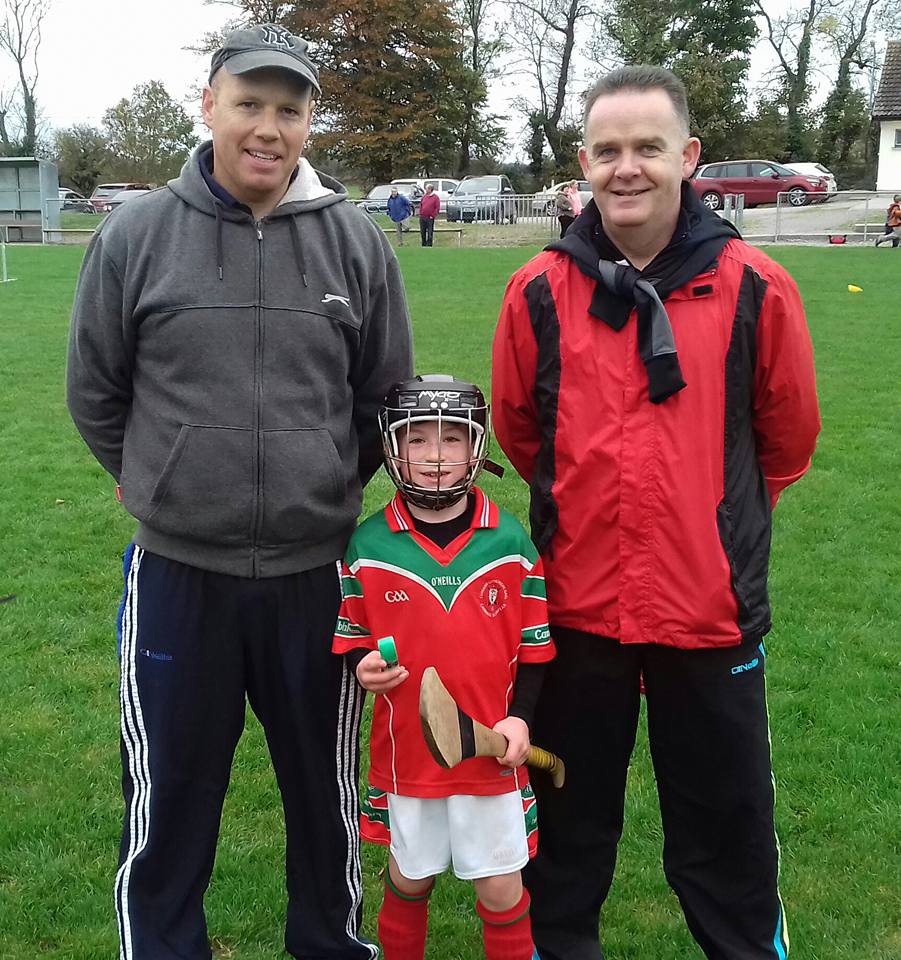 Finally, a word of thanks to their excellent coaches who gave so much of their time during the year- mile buiochas Denis Harte, Mike Flynn, Kevin Maguire agus Mick Ryan.
Enjoy the break but keep up the practice!😆😆 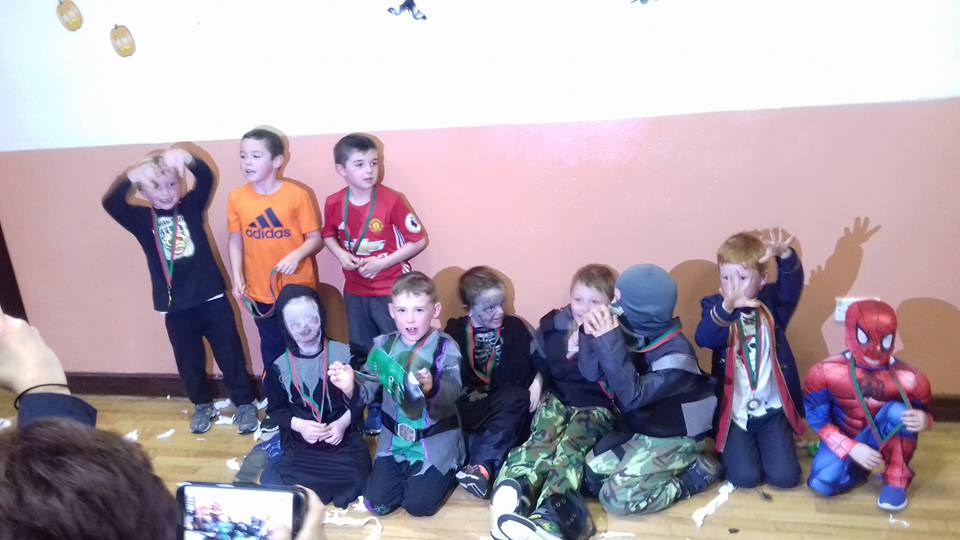 The ghosts, characters and superheros of Carraig na bhFear

Carraig community centre was a scary place to be ON Fri. night Oct 28th, as our young GAA stars had their end of season Halloween party. See how many of our stars you can recognise! Many thanks to our wonderful coaches, for all their effort throughout the year and it’s great to see the progress in our youngest of players. To the players and parents, we hope you enjoyed the year, and we thank you sincerely for your support during the year. Also, a word for the Juvenile club committee members who work tirelessly to organise, fundraise and run events for all of us to enjoy and partake in. Mile buiochas dibh go leir.

Saturday night was a night off for all involved in Carraig Juvenile GAA club. A very enjoyable night was held in Carrig House, where everyone had the chance to chat, minus the hurleys , helmets, footballs and first aid bags ! We are coming to the end of this years’ season and want to thank all those involved, for providing the opportunity for all children to participate in this team sport. Great dedication has been shown by all mentors, committee members and the wider community. Looking forward to next season already.

Work continues on a weekly basis and all help is greatly appreciated. The pitch and grounds are greatly improved by this voluntary work. So come along and join in what can only improve facilities for all involved. This Saturday the crew will gather at 10:30am in Carraig, come along and do what you can.

Carraig na bhFear car stickers are available for anyone interested in purchasing them. They are available in our local shop or pharmacy. Carraig Abu !