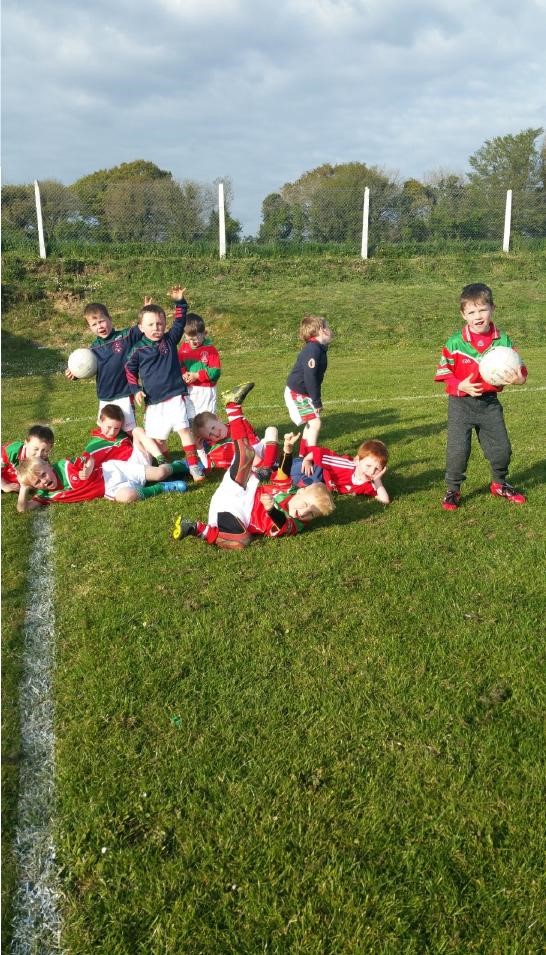 Our U6’s warming down after a hard nights training

Carraigs U6’s had their very first match Friday night against our neighbours White’s Cross.  The boys were divided into two teams. The boys gave fantastic performances, showing off their new found skills. With their first match under their belts its only fair to say they will be looking forward to their next encounter. Well done boys!

The excitement and nerves could hardly be contained all week as our U8’s counted the hours and minutes to their first football match which took place last night at the club grounds! Ably assisted by some U7s, Carraig took on White’s Cross in a number of mini-matches. There was some excellent passage of play with plenty of hand-passing, strong kicks and super defending. Míle buíochas to the White’s Cross players, mentors and supporters for travelling in great numbers…and well done to all players on some fine performances throughout. 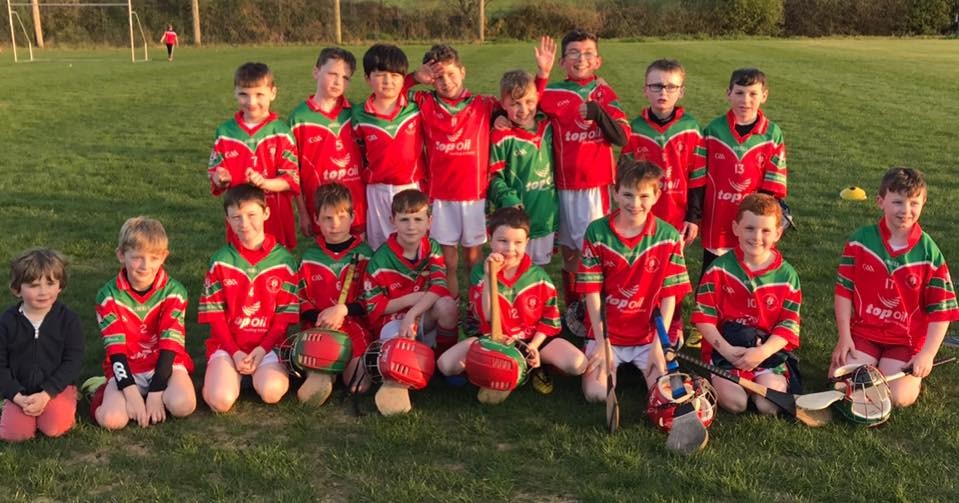 Another fantastic performance from our U9’s tonight against Donoughmore last week.  It’s great to see all their hard work in training paying off. Keep practicing boys.

A home game against St. Dominics in the hurling league on Mon. May 8th saw the Carraig team put in a superb performance. From the first whistle the boys played with determination. A great team game, in which both teams displayed teamwork, and respect for the game of hurling. Carraig were worthy winners at the final whistle and are unbeaten in this league to date. Keep up the training.

The Boys and girls of Scoil an Athar Tadhg finished their schedule of games this week with games against Gaelscoil Mhainistir na Corann and Innishannon. The boys were victorious against the Gaelscoil boys but lost to a strong Innishannon outfit.

The girls stood brave against a talented and physically stronger Gaelscoil team before going down by four points. They finished the campaign with a good win over Innishannon. Well done to both teams and their coaches.

Congratulations to all the boys and girls on receiving the Sacrament of Confirmation yesterday. We hope you all had a pleasant day.